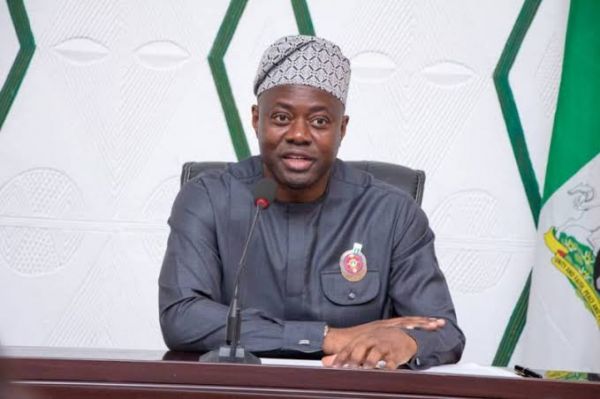 Supreme Court on Friday overturned the decision of Governor Seyi Makinde of Oyo State to sack local government chairmen and councillors in the state.

The apex court also noted that the replacement of the sacked officials with caretaker committees was illegal and fined Makinde’s administration N20 million.

While the court agreed that the tenures of the sacked council chairmen and councillors have expired, it ordered that all their outstanding salaries and allowances must be paid with immediate effect.

Few hours after his inauguration as governor in 2019, Makinde sacked the officials who were elected in 2018.

He told them to hand over property of their councils to the most senior staffer in their respective local government areas.

The officials, drawn from the 33 local government areas (LGAs) and 35 local council development areas (LCDAs) and their councillors, were members of All Progressives Congress (APC).

They were elected during the tenure of the immediate past governor, late Abiola Ajimobi.

The officials were later replaced with caretaker chairmen and councillors who belonged to Peoples Democratic Party (PDP).

Following their removal, the sacked officials under the umbrella of the Association of Local Government of Nigeria (ALGON) led by Abass Aleshinloye, approached an Oyo State High Court in Ibadan.

They argued that they were illegally removed by Makinde. The matter did not favour them and they went to appeal.

But, the appeal court in its ruling in July 2020 ruled in favour of Makinde.

Again, the sacked officials went to Supreme Court and on Friday, the apex court ruled in their favour.

With the judgement, the council election fixed for May 22, 2021, can now go ahead but APC, whose members went to court to challenge their sacking, would not be participating.