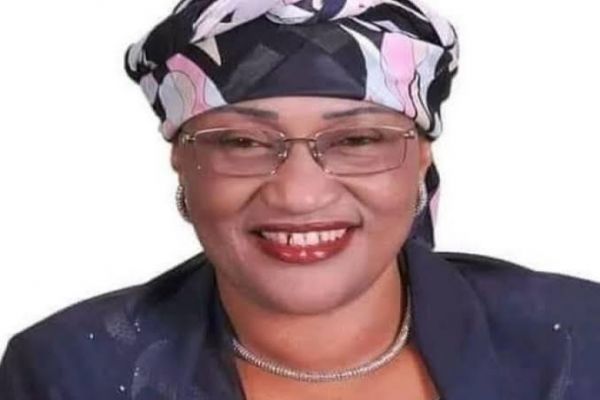 She died at a hospital in Egypt.

The deceased battled a protracted illness in her last years.

Alhassan contested the Taraba 2015 governorship election on the Platform of All Progressives Congress (APC) but lost to incumbent Governor Darius Ishaku, who ran on the platform of the Peoples Democratic Party (PDP).

Shortly after her loss, President Muhammadu Buhari named her Minister of Women Affairs.

However, she left his administration under controversial circumstances as APC failed to clear her for the 2019 gubernatorial election.

She resigned her appointment and defected to the United Democratic Party (UDP).

Alhassan’s travails in the APC under the chairmanship of Adams Oshiomhole began when she endorsed ex-Vice President Atiku Abubakar ahead of the 2019 elections.

Her statement had caused a huge embarrassment to the APC leadership, as a cabinet member was not expected to endorse Atiku, who had not clinched the PDP presidential ticket at the time.

Atiku contested the 2019 presidential election but lost to Buhari.

She attended School of Basic Studies, Ahmadu Bello University, Zaria from July 1977 to July 1979 for her preliminary studies.

Alhassan started work as a Magistrate Grade II in April 1988 in the Kaduna State Judiciary.

She was admitted to the Fijian Bar and enrolled as a Barrister and Solicitor of the High Court of Fiji in 1991. While she was in Fiji, her services were transferred from Kaduna State Judiciary to FCT Judiciary in 1991 as Magistrate Grade I.

She was appointed the first female Attorney-General and Commissioner of Justice of Taraba State in 1997.