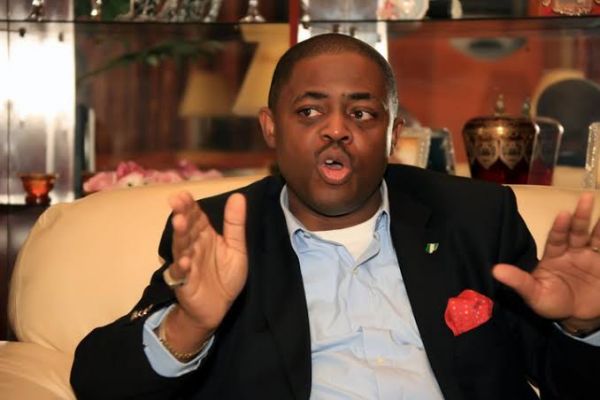 "They took us to Gumi's house. He directed us to an Ahmed, who invited a Fulani from Kaduna. We contributed N800,000 for him. He told us that was just for transport. I cried and pleaded with him, saying I'm a widow. He said it wasn't his concern"- Kidnapped student's mum, RootsTV, 4th May 2021.

I hereby call on the Federal Government to invite, arrest and interrogate Sheik Ahmad Gumi. Assuming this lady's testimony is true it provides clear evidence of him being an accessory and accomplice to terrorism, abduction, kidnapping and murder.

He is a BAG man, a FRONT and a PR officer for the terrorists that have plagued our land and I have no doubt that he personally benefits from the ransoms that are being paid.

If this were not the case he would not spend his entire life attempting to defend, justify, rationalise and explain their barbaric, homicidal, savage and beastly ways.

These people have so much blood on their hands yet Gumi still holds himself out as their advocate and best friend. He is nothing but an extortionist who thrives on the misery and blood of those that have been murdered and kidnapped. First it was Pantami and now this!

How much longer do the people of Nigeria have to put up with evil and wicked men like this? Enough is enough! If no-one else will say it I WILL.

Gumi must be brought to justice and so must every single one of his foreign Fulani terrorist friends and all those within and outside Government that have links with ISIS, Al Qaeda, Boko Haram, the Fulani terrorists, the Taliban, ISWA, Al Shabab and any other evil terrorist organisation which seeks to kill and Islamise our people and conquer and occupy our territory and nation.

Nigerians are being murdered every day and our soldiers are on the war front being slaughtered by these barbarians and animals yet some that are highly placed in society are still supporting them? This is nothing but wickedness. This is evil. This is wrong. This is unacceptable.

If the Federal Government refuses to act against Gumi it will raise questions about their commitment to fighting terror and stopping the terrorists. Every day people are being killed and kidnapped. This madness has to stop and those behind it and that covertly support it must be brought to justice.