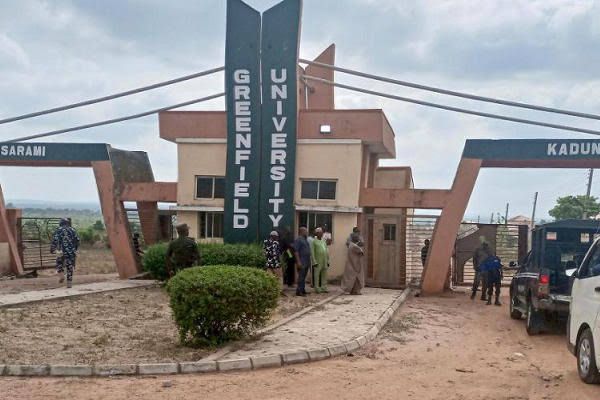 Abductors of students of Greenfield University, Kaduna State, have given parents of the victims deadline to “settle” their N100 million ransom.

They have threatened to kill the abductees if their demands are not met by today.

The gunmen, suspected to be bandits, attacked the institution on April 18 and abducted some students. The kidnappers subsequently killed three of the students, and later another two, while negotiating an N800 million ransom with the parents.

Speaking in a telephone conversation with the Hausa service of Voice of America (VOA), Sani Idris Jalingo, who identified himself as leader of the bandits, said 17 of the students were still in their custody. Jalingo said families of the students had already paid N55 million which he claimed was used to feed the abductees.

He demanded a ransom of N100 million and 10 motorcycles, warning that if the Kaduna government or the victims’ families failed to meet their demands by today, the remaining students would be killed. He said five of the students were killed to prove that the state and the federal governments have failed.

“We heard the utterances of Kaduna State Governor that he would not pay ransom to bandits to purchase additional arms,” Jalingo said in Hausa.

“He also said he told his family that he would not pay ransom if any of them is kidnapped. So, we want to show that the Nigerian government has failed; that is why we killed the students.”

One of the students, Abigail Usman, who spoke during the telephone conversation, appealed to government to pay the ransom and secure their release.

“If they don’t get the money, they will kill us all,” Usman said.