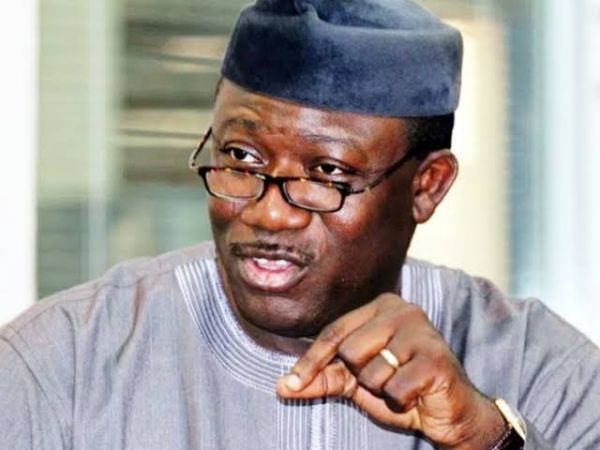 Ekiti State Governor and Chairman of Nigerian Governors’ Forum (NGF), Kayode Fayemi, has said there is need for a change of the strategy used in the fight against terrorism.

Speaking in Lagos during the 2021 Pre-synod summit organised by the Diocese of Lagos, Anglican Communion, on Saturday, Fayemi described the insecurity in the country as “frightening”.

He noted that Nigeria has shown “enormous resilience in confronting the challenges,” adding, “even though the ethno-religious crisis might not have been fully wiped out, the intensity of its occurrence has gone down considerably.”

He said efforts of the government to contain the insecurity have been hampered by the absence of the right military hardware.

He recalled that Federal and state governments agreed in 2018 to withdraw $1bn from the Excess Crude Account to buy new military equipment but noted that most of the equipment have not arrived.

He said, “Although the constitution of our country does not assign much powers to our Governors in terms of actual security control in the state, my role as the chairman, Nigeria Governors Forum has granted me some insight into the security system.

“This moment calls for sober reflection and system overhaul and restructuring. Organisations like Boko haram are concerned with establishing states within States.”

Fayemi called for “a more localised federal power structure” to tackle the problem, saying, “The way our security structure is presently organised, it can neither deliver security or safety, it only breeds local resentment to the federal government, which in spite of it relentless efforts to end insecurity remains unappreciated.

“The response to Boko Haram by the Nigerian state has been largely characterised by kinetic military operations, since it’s clear that the crisis itself is multidimensional, it is obvious that the solution cannot be unidimensional.

“Most importantly the lack of right equipment in this kind of war has limited the effectiveness of the military intervention.”

When he spoke at The Platform, a programme organised by the Covenant Christian Centre, Fayemi said instead of agonising about the state of the country, those not in support of the APC can unite against the party.

“Another election is going to come if you do not like what APC is doing. Organise, stop agonising, organise against the party. Link up with others who are organising and then kick the APC out of office and put people that you think will do better.”