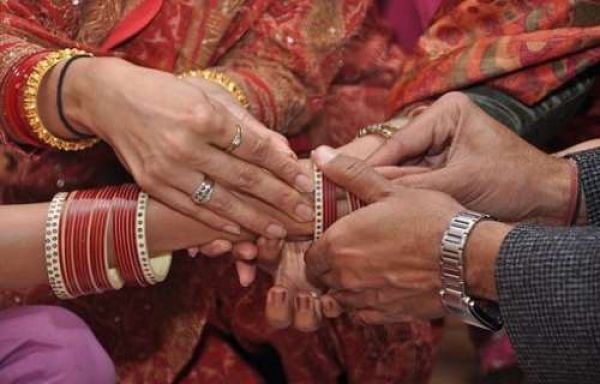 An Indian man recently left an entire country confused after helping his wife of seven years marry the man she had been having an affair with for years.

Uttam Mandal and Sapna Kumari, from Bhagalpur, in India’s Bihar state, got married in 2014, and had two children together. They were happy together for a while, but at some point Sapna fell in love with a relative of Uttman’s, a younger man who came around their house every once in a while, and the two started having an affair. The husband learned about Sapna’s escapade and they fought over the issue many times, but seeing as Sapna couldn’t get over her lover, Uttman decided to do the unthinkable, step aside and help his wife marry the man she loved.

If you’re a fan of Bollywood cinema, you probably recognize the plot of “Hum Dil De Chuke Sanam“, a 1999 blockbuster in which Aishwaria Ray’s character is helped by her husband to marry her lover, played by Salman Khan. No one really believed something like that could happen in real life, which is why the plot made such an impression on audiences, but Uttam Mandal  decided to prove that real life beats any movie.

“I got angry and sad for some time but decided to come out with a solution,” Mandal told ETV Bharat. “The lives of three people would have been destroyed had I not done this. This was the only solution. Now all of us can be happy.”

Over the years, Sapna’s parents and in-laws tried to convince her to stay with Uttam and not break up the family, but their efforts were in vain, so in the end Uttam ended up convincing them to attend his wife’s wedding ceremony with her lover, Raju Kumar. It was he who arranged their wedding at a Durga temple in Sutanganj, Bihar, and even gave them their blessing, saying that their match was made in heaven…

It’s unclear whether Uttam and Sapna divorced before she married her lover, but according to Indian media, their two children remained with him, as she reportedly refused to take them with her.