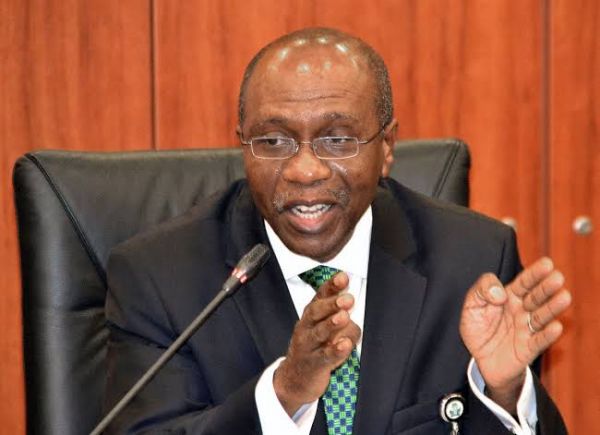 Godwin Emefiele, governor of CBN, announced this during a press briefing on Thursday.

He also ordered the immediate removal of all directors of FBN Limited and FBN Holdings Plc.

Emefiele directed the constitution of an interim board to clean up and stabilise the tier-1 lender.

The apex bank, however, directed U.K. Eke to remain as the group chief executive officer of FBN Holdings Plc.

On Wednesday, the CBN had queried the board of First Bank of Nigeria Limited over the removal of Adeduntan, without due consultation with regulatory authorities.

“The CBN was not made aware of any report from the board indicting the managing director of any wrong-doing or misconduct; there appears to be no apparent justification for the precipitate removal,” the letter signed by Haruna Mustafa, CBN’s director of banking supervision, read.

“We are particularly concerned because the action is coming at a time the CBN has provided various regulatory forbearances and liquidity support to reposition the bank, which has enhanced its asset quality, capital adequacy and liquidity ratios amongst other prudential indicators.

“It is also curious to observe that the sudden removal of the MD/CEO was done about eight months to the expiry of his second tenure, which is due on December 31, 2021.”

Speaking during the press briefing, Emefiele said the apex bank suspected that the board removed Adeduntan because he took some decisions which were not in line with the major shareholders of the bank “who felt hurt and felt he should be removed”.

“This is a bank where depositors’ fund is almost 10 times shareholders’ fund, our interest is to protect depositors and minority shareholders who have no voice in this business. We will not sit idle and allow this to continue,” Emefiele said.

“I spoke to Oba Otudeko (chairman of First Bank Holdings), he refused to grant my entreaties. I had to call two of his major shareholders to call him to ask the board not to take such decisions without the approval of the CBN. He refused to pick the calls of these shareholders — who are also owners of the bank.

Meanwhile, shares of First Bank Holdings plunged 6.7 percent — the biggest daily loss in three months — to N6.90 on Thursday as investors sell 51.5 million units in the tier-1 lender. It was the mist traded stock by volume and valued at N359.83 million.