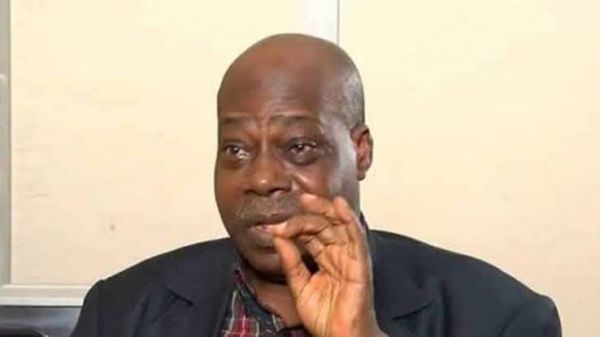 Minister of Communications and Digital Economy, Isa Pantami, is not sitting pretty on his ministerial chair right now. He seems to be squirming in his chair or, to put it more forthrightly, he seems to be swimming in hot water, because he has loads of serious allegations levelled against him. He has not been able to answer the questions asked satisfactorily. Every day there are audios and videos that tumble into the Internet that seem to lift the veil on his past, a very, very ugly past, if all the information turns out to be true.

One of the pieces of information bandied about his activities is that, in July 2010, at a meeting of Jama’atu Nasril Islam (JNI) that he allegedly chaired at the Bauchi Central Mosque, he plotted, along with other Muslim leaders, to violently wipe away Christians from northern Nigeria.

They also allegedly planned to procure arms for their Jihad venture, seize lands belonging to infidels and liberate Kaduna State, which was then administered by a Christian, Patrick Yakowa. Pantami was 37 years old then. Pantami was also accused of conspiracy with or connivance at the murder of Sunday Achi, a 400 level student of Abubakar Tafawa University, in 2004. The boy’s father, who is a professor, told the media that his son was strangled in a mosque on an allegation of blasphemy. Pantami was the Chief Imam of the university’s mosque at the time.

Pantami has a lot of other sins listed against him: he called Boko Haram terrorists “fellow muslims”, he praised the Al Qaeda leader, Osama Bin Laden, when he was killed by the Barack Obama government; he celebrated the killing of infidels; he preached regularly against working in a secular government. These allegations, if true, show him as a Muslim extremist, with incendiary views who would have no qualms about getting Christians or non-Muslims exterminated in furtherance of Jihadism.

Garba said: “The views were absolutely unacceptable then and would be equally unacceptable today were he to repeat them, for he has publicly and permanently condemned his earlier statements as wrong. In the 2000s the Minister was a man in his 20s; next year he will be 50. Time has passed and people and their opinions often rightly change.”

The truth is that Pantami was not a minor when he made those inciting and incendiary statements. He was actually in his 30s. Assuming for the purpose of argument that he was in his 20s as Garba claims, he cannot be free from the consequences of his remarks, if those remarks led people to commit crimes, because a 20-year-old person is not a minor.

The unravelling of the country in the area of security now is a throwback to all the rantings and vile rhetoric of religious extremists and radicals. Today, we cannot put the genie back in the bottle. We now know, if we didn’t know before, that even though tongue is not steel, it can cut savagely.

Rascally and irresponsible rhetoric by some religious extremists in the past has contributed to the extreme actions that some of our youths have exhibited today. There are killings, kidnappings and burning of people’s houses every day in various parts of the country for the least provocation. These extremists were making incendiary statements on the supremacy of their religion and the inferiority of other religions, as if they were making war proclamations. These statements, like chickens, have now come home to roost. Nigeria has been driven into an irredeemable state of vulnerability like porcelain. If care is not taken, it will break, because we have now reached the level of extreme fragility. No single day passes without killings and burnings in one part of the country or the other. This madness is spreading like confetti; they are dispensing it like birthday cakes.

Pantami admits that he made a mistake. But is he contrite? Has he truly repented or is he just saying so in order to save his job and his skin? Does he still hold those extreme views in a country that has acquired the toga of volatility and in which we are all sitting under the keg of gunpowder?

Even without any investigation of his activities, it is obvious that he has committed serious crimes against the nation with his conspiratorial and incendiary rhetoric on religion. He admits that he was wrong but gives as his alibi his young age. But he was already in his 30s when he was running his mouth as if he wanted to set the country aflame.

Someone who is 30 years old is not a spring chicken. He is an adult, a full-grown adult. Emmanuel Macron, the French President, is in his 30s. The Prime Minister of New Zealand, Ms Jacinta Arden, is in her 30s. Both leaders have shown exemplary leadership in the management of their country’s affairs. Even back home, Yakubu Gowon was in his 30s when he led Nigeria through the most turbulent phase of our nation’s history. So, is age an acceptable excuse for his mischief? It is not.

Here is a man who opposed people serving in a secular government now serving in one and clinging on to the office like a mistletoe when people are urging him to show that he is a man of honour by resigning. His confession is good for his soul but it is not enough for the purpose of good governance.

A few things are obvious in this matter. One, the Presidency has shown a patent lack of appreciation of the gravity of this matter. The man, if he has a sense of honour, should resign or be fired. But the Presidency is soiling its already unenviable reputation in governance matters by sticking by him. Two, the seeds of insurgency and violence were sown a long time ago by the extreme views of people like Pantami. Now we are reaping the fruits. Three, what has come to the fore is what many of us have always known, namely, that the Senate screening of ministers is always a sham.

If people are not asked to take a bow and go, they are often slapped with loaves of bread as questions. How could it happen that this man went through the so-called screening without these questions that have now emerged being asked? It means that many camels must have passed through the needle’s eye. Four, it is evident that the standard of propriety in the Federal Government is very, very low or even close to nil. Some people reach statutorily known retirement age and you hear people talking of extending their tenure so that Nigeria does not collapse. And the officers, shameless human beings, lobby equally shameless officials for tenure extension. Inspector-General of Police and permanent secretaries have held us by the jugular asking to be allowed to stay on till kingdom come. You wonder what is the magic they have under their belt, which will make Nigeria collapse, if they leave their chairs.

Five, Pantami’s extreme exertions on behalf of his religion and against other religions is against the 1999 Constitution that allows for freedom of worship. Islam and all other religions are expected to exist side by side without any attempt by anyone to annihilate the other so as to create a situation of religious supremacy, which is forbidden by the constitution.

Six, the Presidency’s statement on the Pantami matter is very watery, in fact, it is a disincentive to the quest for propriety in governance. It came just short of saying that corruption was fighting back, or that those who lost out on business transactions were the complainants, or that the complainants were haters of Islam or enemies of their country. Pantami may be singing a new song now but he is not innocent. In government business, he may be seen as the cream of the crop but that doesn’t make him indispensable. The Federal Government’s statement was, reduced to its bare bones, a futile exercise in scapegoatism.

The man should either resign or be fired. There is no sensible third option. Good by governance demands nothing less so that no one will pick any lessons from Pantami’s playbook.