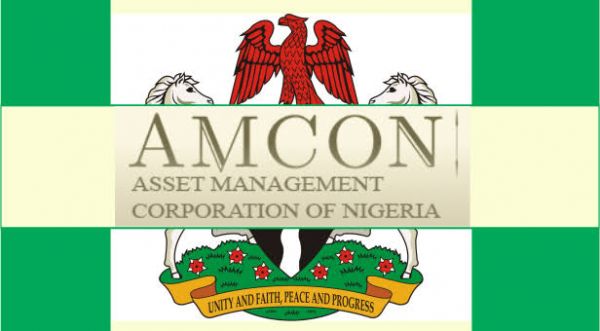 Senate has passed the Asset Management Corporation of Nigeria (AMCON) amendment bill which seeks to strengthen the agency in the area of loan recovery.

The bill was passed during plenary on Wednesday following consideration of a report by the senate committee on banking, insurance, and other financial institutions.

The bill, which is an act to amend the AMCON Act No.3, 2014 to extend the tenor of the resolution cost fund and for related matters 2021, passed second reading on March 23.

A total of 350 obligors are reportedly holding on to debts worth N3.6 trillion out of AMCON’s total N4.4 trillion exposure.

The amendment bill passed by the chamber empowers AMCON to, amongst others, take possession, manage or sell all properties traced to debtors, whether or not such assets or property were used as security/collateral for obtaining the loan in particular.

It also empowers the corporation to access the special tribunal established by the BOFIA, 2020 for dealing with financial related matters.

In his presentation, Uba Sani, chairman of the committee, said the committee engaged with stakeholders such as AMCON, federal ministry of finance, budget and national planning; Central Bank of Nigeria; and Nigeria Deposit Insurance Corporation.

Sani, senator representing Kaduna Central, said the engaged stakeholders submitted that AMCON should be empowered to take possession, manage, foreclose or sell, transfer, assign or otherwise of property used as security for eligible bank assets among others, adding that, “this will provide for a quicker, easier and legitimate process of assets disposal”.

During the clause-by-clause consideration of the bill, Ovie Omo-Agege, deputy senate president, called attention to clause two which empowers AMCON to take possession of assets outside of those used as collateral in obtaining a loan request.

“The essence of collateral, is that in the event of default, you lose that asset. What I am reading here is that in addition to seizing that asset, they (AMCON) want to go beyond that to every other asset or property that is traceable to the debtor. I think I need some clarifications to that,” he said.

Bassey Albert Akpan, another lawmaker, argued that, “you cannot go outside the asset presented for the facility.”

Senate President Ahmad Lawan called for a vote which was approved by lawmakers, with majority adopting the clause and the bill.

In his remark, Lawan said the views of the majority will be followed in putting such bills to rest.

He said the senate is optimistic that through the bill, AMCON will recover funds which will be used in the interest of the citizens.