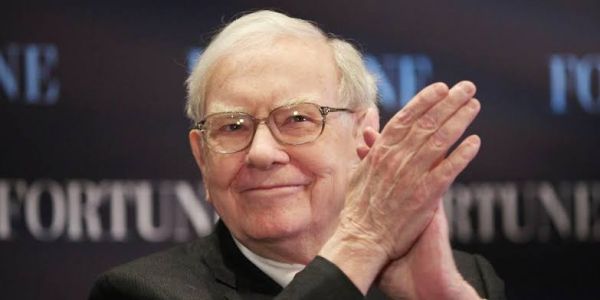 Got plans this week? This is a story about how disappointing news led Warren Buffett to make a bold decision, and how it ultimately changed his life.

It all took place on a Saturday in January 1951, but to set the stage, we have to go back to the previous year.

That's when Buffett, aged 19, graduated from college with "good but not stellar" grades, according to Alice Schroeder's book, The Snowball, and fully expected to be admitted to Harvard Business School.

But, he got some bad news in spring 1950: a rejection. This led Buffett to apply at the last minute to Columbia University's program, where he was admitted so late that he couldn't get university housing. Instead, he rented a room at the YMCA near Penn Station.

Besides being located in the New York, at the center of the financial world, Columbia offered Buffett a big silver lining, in that it was the academic home of his investing hero: Benjamin Graham, whose book, The Intelligent Investor, Buffett had just read.

"The time I spent in Ben's classes was a personal high," Buffett recounted in his 1995 letter to Berkshire Hathaway shareholders, "and quickly induced me to learn all I could about my hero."

For example, he found out that Graham was the chairman of Government Employees Insurance Company, or GEICO, which was to Buffett at the time, "an unknown company in an unfamiliar industry."

'Pounded on the door'

So, on a Saturday in January 1951, he made an intrepid choice. He walked the few short steps from his room to Penn Station, and took the first train of the day to Washington, where GEICO's headquarters was located.

There, Buffett says, he "pounded on the door until a custodian appeared," and "asked this puzzled fellow if there was anyone in the office I could talk to."

There was, in fact: Lorimer Davidson, a top executive who would later become CEO of GEICO, and who gave Buffett four hours of his time after leaning that he was Graham's student.

"No one has ever received a better half-day course in how the insurance industry functions," Buffett recalled, or "in the factors that enable one company to excel over others."

Buffett was so impressed by GEICO's model (which had to do with marketing directly to low-risk consumers, instead of via insurance agents), that when he returned to Omaha later that year, he "focused almost exclusively on GEICO."

From Aunt Alice to $35 billion

Among other things, Buffett made his first securities sale: 100 shares of GEICO to his Aunt Alice, "who, bless her," Buffett recalled in another shareholder letter, "would have bought anything I suggested."

He also wrote a short column about the company for a leading financial publication of the day, and started started buying shares of GEICO for himself -- $10,282 in total -- before selling the whole thing for about a 50 percent profit the next year.

He should have held, he recalled, as it would have been worth $1.3 million 20 years later. But, as anyone who has followed Buffett knows, this is the beginning of the story, not the end.

Buffett went on to buy Berkshire Hathaway in the 1960s, and then loaded up on GEICO stock, eventually acquiring the entire company in 1995. Last year, GEICO did $35 billion in business, and it and the other parts of Berkshire's insurance operations are the biggest part of Berkshire's holdings.

Like a lot of Buffett's life stories, his story about GEICO is made all the better by his manner of telling it--and because of course, we know basically how it all ends: Money, power, and status.

But, I also like this story for the simple inspirations it provides for anyone starting out now. Among them:

Not getting what you want can be a big blessing.

Had Buffett been admitted to Harvard, it's quite likely none of the rest of this story could have happened. Granted, Columbia is also a prestigious Ivy League school. But, I'm including this point first, in case you happen to know a young student who just got bad news from his or her first choice college.

Tell him or her: Whatever that school is, forget them, they had their chance. Get out there and make them regret their foolish decision.

They can't say yes if you never ask.

Did Buffett truly think he'd be able to talk to someone at GEICO that day in 1951? At the least, he was willing to try. Perhaps he thought that the worst case outcome was that he'd have an interesting story to tell Graham the next time he saw him at Columbia.

Regardless, I like the idea of taking this as an example. Resolve to "pound" on at least one door every day.

Go big on the things you believe in.

Buffett's 1951 investment in GEICO at age 20 amounted to almost two-thirds of his net worth. He calls the company "my first business love," although maybe that should actually be reserved for the concept of business itself.

Whether you're motivated by money, or fame, or growth, or artistic expression, or something else, find the thing you care about most, and put as much into it as you possibly can.

It sounds like a joke, but I mean this wholeheartedly: Find something in this world that you love as much as a 20-year-old Buffett loved the Government Employees Insurance Company of America.