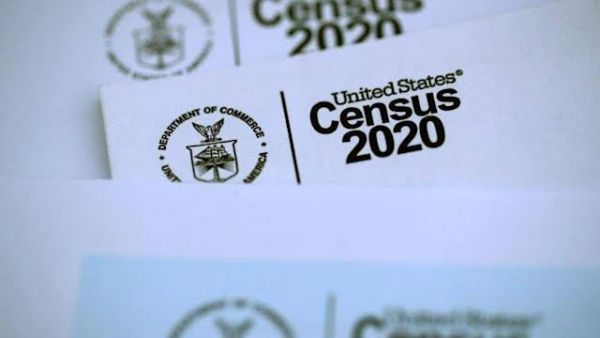 US Census officials have completed their once-a-decade count of the American population, showing the second slowest growth in recorded history.

US population growth slows, but some regions boom

The number is the slowest since the 1930s during the Great Depression.

The fastest growing state was Utah, which grew at a rate of 18.4% over the past decade. West Virginia was the fastest shrinking state with a rate of -3.2%.

For the first time in US history, California will lose one of its 53 seats in the House after its population grew at a slower rate compared to other states.

Since joining the United States in 1850 amid a gold rush, the Golden State has become the most populous in the country with over 39.5m residents today. Wyoming remains the least populous state with just 576,000 residents.

Experts say the reason for the decline in population growth is due to several trends, including falls in birth rates and immigration, as well as Californians leaving the state as fewer arrivals replace them.

Officials from the US Census Bureau say the state experienced net negative growth, meaning more people left the state than moved there in the past 10 years. However, over 2.2 million people were added in the past decade.

New York loses out by 89 people

New York will also lose one House seat after the state came up just 89 people short.

The apportionment means the Empire State will be down to 26 seats in the US House of Representatives.

Census officials say that while New York's population grew overall because of immigration, it had a "negative net domestic migration".

Texas will gain two seats in Congress after census figures found the state's population grew over the past decade to around 29m residents.

It comes amid an intense campaign by state officials to attract people and companies there from other states.

Tech companies Oracle and Hewlett Packard Enterprise have announced plans to swap California's Silicon Valley for the Lone Star State, with Oracle moving to Austin and HPE to Houston.

Electric car maker Tesla also plans to leave California for Texas and is currently building a factory there.

Six states will be awarded additional seats in the US Congress after their population rose, while seven states are poised to lose seats.

Illinois, Michigan, Ohio, Pennsylvania and West Virginia join California and New York as states that will lose seats after figures showed their populations had declined.

Joining Texas in the winners' column, Florida, Colorado, Montana, North Carolina and Oregon will each gain one seat.

The trend indicates more Americans are leaving northern "Rust Belt" states - places near the Great Lakes that were once known for steel production and heavy industry - and heading to warmer regions.

The Rust Belt, which includes several north-eastern and mid-western states, has been in decline since the 1980s and has often played a central role in national political campaigns.

While Republicans hope the shift could boost their chances in next year's US mid-term elections, some of the new arrivals in red states include younger people and people of colour, who have trended Democratic as voters.