Obama administration scientist says climate ‘emergency’ is based on fallacy 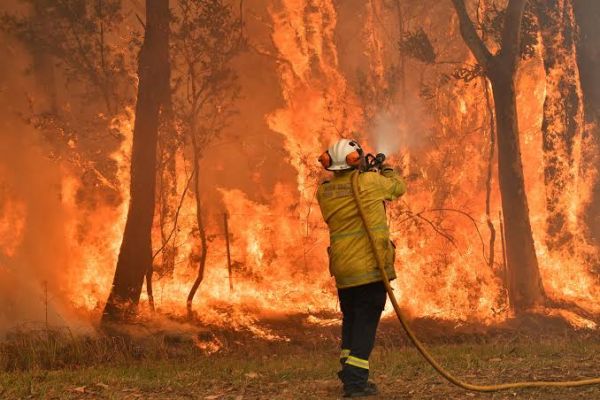 ‘The Science,” we’re told, is settled. How many times have you heard it?

Humans have broken the earth’s climate. Temperatures are rising, sea level is surging, ice is disappearing, and heat waves, storms, droughts, floods, and wildfires are an ever-worsening scourge on the world. Greenhouse gas emissions are causing all of this. And unless they’re eliminated promptly by radical changes to society and its energy systems, “The Science” says Earth is doomed.

Yes, it’s true that the globe is warming, and that humans are exerting a warming influence upon it. But beyond that — to paraphrase the classic movie “The Princess Bride” — “I do not think ‘The Science’ says what you think it says.”

For example, both research literature and government reports state clearly that heat waves in the US are now no more common than they were in 1900, and that the warmest temperatures in the US have not risen in the past fifty years. When I tell people this, most are incredulous. Some gasp. And some get downright hostile.

These are almost certainly not the only climate facts you haven’t heard. Here are three more that might surprise you, drawn from recent published research or assessments of climate science published by the US government and the UN:

Why haven’t you heard these facts before?

Most of the disconnect comes from the long game of telephone that starts with the research literature and runs through the assessment reports to the summaries of the assessment reports and on to the media coverage. There are abundant opportunities to get things wrong — both accidentally and on purpose — as the information goes through filter after filter to be packaged for various audiences. The public gets their climate information almost exclusively from the media; very few people actually read the assessment summaries, let alone the reports and research papers themselves. That’s perfectly understandable — the data and analyses are nearly impenetrable for non-experts, and the writing is not exactly gripping. As a result, most people don’t get the whole story.

Policymakers, too, have to rely on information that’s been put through several different wringers by the time it gets to them. Because most government officials are not themselves scientists, it’s up to scientists to make sure that those who make key policy decisions get an accurate, complete and transparent picture of what’s known (and unknown) about the changing climate, one undistorted by “agenda” or “narrative.” Unfortunately, getting that story straight isn’t as easy as it sounds.

I should know. That used to be my job.

I’m a scientist — I work to understand the world through measurements and observations, and then to communicate clearly both the excitement and the implications of that understanding. Early in my career, I had great fun doing this for esoteric phenomena in the realm of atoms and nuclei using high-performance computer modeling (which is also an important tool for much of climate science). But beginning in 2004, I spent about a decade turning those same methods to the subject of climate and its implications for energy technologies. I did this first as chief scientist for the oil company BP, where I focused on advancing renewable energy, and then as undersecretary for science in the Obama administration’s Department of Energy, where I helped guide the government’s investments in energy technologies and climate science. I found great satisfaction in these roles, helping to define and catalyze actions that would reduce carbon dioxide emissions, the agreed-upon imperative that would “save the planet.”

But doubts began in late 2013 when I was asked by the American Physical Society to lead an update of its public statement on climate. As part of that effort, in January 2014 I convened a workshop with a specific objective: to “stress test” the state of climate science.

I came away from the APS workshop not only surprised, but shaken by the realization that climate science was far less mature than I had supposed. Here’s what I discovered:

Humans exert a growing, but physically small, warming influence on the climate. The results from many different climate models disagree with, or even contradict, each other and many kinds of observations. In short, the science is insufficient to make useful predictions about how the climate will change over the coming decades, much less what effect our actions will have on it.

In the seven years since that workshop, I watched with dismay as the public discussions of climate and energy became increasingly distant from the science. Phrases like “climate emergency,” “climate crisis” and “climate disaster” are now routinely bandied about to support sweeping policy proposals to “fight climate change” with government interventions and subsidies. Not surprisingly, the Biden administration has made climate and energy a major priority infused throughout the government, with the appointment of John Kerry as climate envoy and proposed spending of almost $2 trillion dollars to fight this “existential threat to humanity.”

Trillion-dollar decisions about reducing human influences on the climate should be informed by an accurate understanding of scientific certainties and uncertainties. My late Nobel-prizewinning Caltech colleague Richard Feynman was one of the greatest physicists of the 20th century. At the 1974 Caltech commencement, he gave a now famous address titled “Cargo Cult Science” about the rigor scientists must adopt to avoid fooling not only themselves. “Give all of the information to help others to judge the value of your contribution; not just the information that leads to judgment in one particular direction or another,” he implored.

Much of the public portrayal of climate science ignores the great late physicist’s advice. It is an effort to persuade rather than inform, and the information presented withholds either essential context or what doesn’t “fit.” Scientists write and too-casually review the reports, reporters uncritically repeat them, editors allow that to happen, activists and their organizations fan the fires of alarm, and experts endorse the deception by keeping silent.

As a result, the constant repetition of these and many other climate fallacies are turned into accepted truths known as “The Science.”