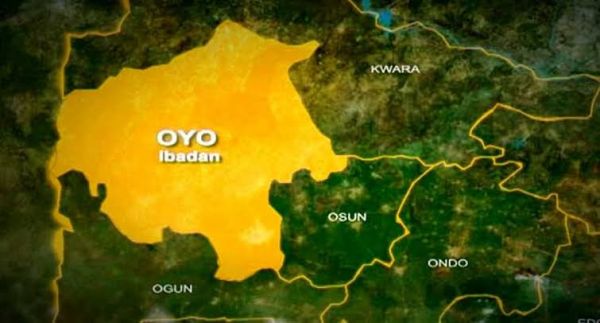 The attackers abducted seven other family members of the hotelier, including his wife, Busayo Oyedokun and the baby she was nursing; Oyedokun’s first child, Omoriyeba; and her six-year-old daughter, Adesewa; his brother’s wife, Julianah Oyedokun, and her 10-year-old son, John; and another child belonging to Oyedokun, Oluwajuwonlo; in addition to a guest of the hotel.

It was gathered that the abductors invaded the hotel behind CAC Primary School, Lagbedu Road at about 10p.m, and reportedly fired shots into the air sporadically, after which they seized the seven victims and took them to an unknown destination through the bush.

However, two of those in the hotel when the kidnappers struck escaped being abducted.

A family source said the hotelier was preparing for his father’s burial next Friday before the abductors’ invaded his hotel.

His family members, including his married daughters, some of their children, brother’s wife and children, as well as others were said to be in town for the burial ceremony.

It was learnt that the kidnappers yesterday made calls through the victims’ phones to their family members demanding N15 million as ransom.

A family source who craved anonymity disclosed yesterday that negotiations with the abductors brought the demand down to N2.5 million, which was still being sourced for, in order to secure freedom for the victims.

There has been disquiet in the area where the incident took place, as the residents said such had never occurred in their midst.

The road links Iwo and Ejigbo towns in Osun State.

A police patrol team, which was said to have rushed to the scene on hearing the gunshots, swiftly put together some police operatives, Amotekun Corps, local hunters and vigilante group members to comb through the bush, in order to rescue the victims and arrest the abductors.