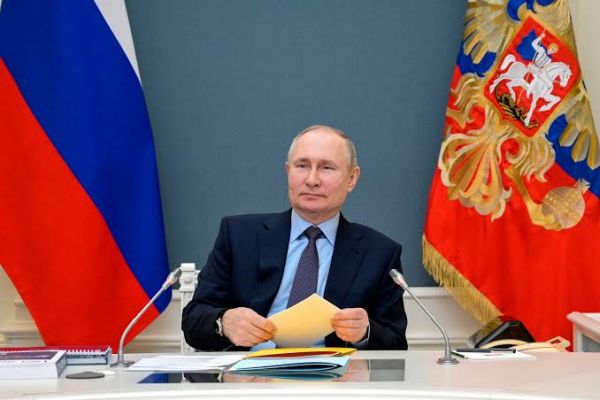 The move is a response to U.S. measures against Moscow over alleged election interference, cyberattacks and other damaging actions

MOSCOW—Russia said it would expel 10 U.S. diplomats in response to measures against Moscow over alleged election interference, cyberattacks and other damaging activity, raising the stakes in relations between the two nations.

“The latest attack on our country undertaken by the Biden administration, of course, cannot remain unanswered,” Russia’s foreign ministry said in a statement. “Washington, it seems, doesn’t want to put up with the fact that in the new geopolitical realities there is no place for unilateral dictatorship.”

Eight high-ranking U.S. officials would also face Russian sanctions and Moscow would end what Russian Foreign Minister Sergei Lavrov described as the practice of “uncontrolled, unlimited travel for short-term employees” of the U.S. State Department and other departments.

A personal, guided tour to the best scoops and stories every day in The Wall Street Journal.

Speaking at a press conference in Moscow, Mr. Lavrov said Russia had the ability to take actions that would be painful for U.S. business, but would keep them “for future use.”

Representatives at the U.S. State Department and embassy in Moscow didn’t immediately respond to requests for comment on Russia’s actions.

Earlier in the day, the Kremlin reported that Russian President Vladimir Putin discussed the counter sanctions with his security council, and a presidential aide had advised Washington’s ambassador to Russia of Moscow’s intended response.

The measures came a day after the U.S. sanctioned a half-dozen Russian companies, including large cybersecurity firms, for allegedly working to support Russia’s spy services and more than 30 individuals and entities for interfering in U.S. elections.

The expansion of prohibitions on U.S. financial firms trading in Russian government debt and sanctions against eight individuals and firms associated with Moscow’s annexation of Ukraine’s Crimean Peninsula were also announced in partnership with the European Union, the U.K., Australia and Canada.