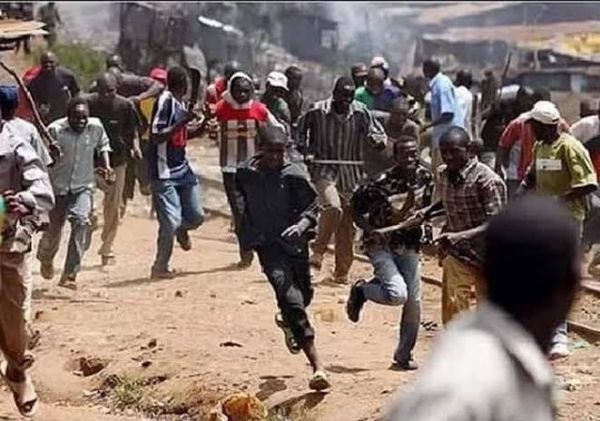 There was panic in the Ibarapa area of Oyo State again, following the killing of a 56-year-old farmer, Muftau Babarinde in the area.

Babarinde was hacked to death by suspected Fulani herdsmen at Orita Merin, Konko village in the Ibarapa North Local Government Area of the state.

The incident which has thrown the people in Tapa, where the deceased hailed from, into confusion, was said to have happened at around 7 pm on Wednesday.

Babarinde, it was gathered, had gone to his farm, to give his labourers food and was returning home when the hoodlums waylaid him and hacked him to death.

Some of the residents of the area said they could not say what was responsible for the killing of the farmer, who they said was very popular in the area.

Some of them said those responsible were some of those who were sent packing when the OPC and vigilantes stormed the residence of Iskilu Wakili to arrest him in February.

Police Public Relations Officer in the state, Adewale Osifeso, when contacted confirmed the incident, saying that more information would be made public as the investigation has commenced.

But some of the people in the area including the Convener, Igangan Development Advocates, Oladiran Oladokun, confirmed the killing.

According to him, the man was killed by suspected herdsmen and the killing had thrown the area into panic, saying the government and security agents had failed the people.

His words: “This has shown to the public we don’t have any security again. The government and security agencies have failed us. We can’t sleep with our two eyes closed any longer.”