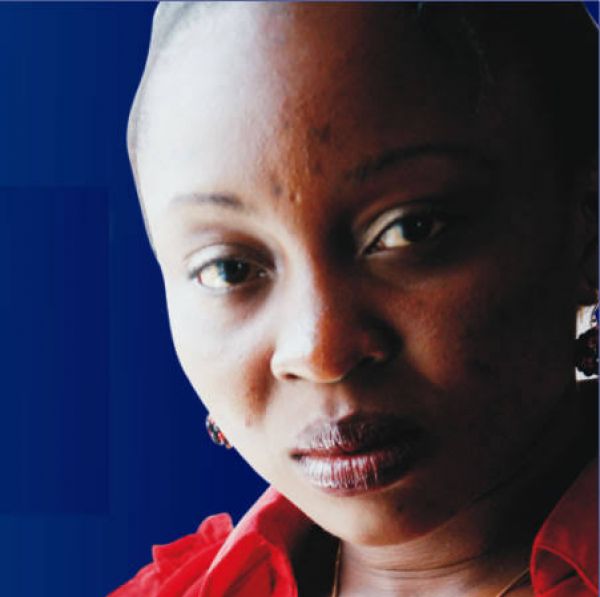 Last Thursday saw the gathering of certain personalities for the presentation of Aisha Buhari: Being Different, a book about First Lady Aisha Buhari. The biography —or more appropriately, hagiography —was written by Senior Special Adviser to the President on Women Affairs and Administration, Hajo Sani. Comprising a mere 46 pages broken into ten chapters, it barely says much. When you consider the caliber of people gathered at the occasion and the amount of money they reportedly raked —a whopping N150m — over that pamphlet, you wonder why we play too much in Nigeria.

First, I think there should be a law that explicitly bans public officials —including their consorts and aides— from “launching” books or similar personal projects while in office. From the days of Olusegun Obasanjo, who used his office to finagle out a presidential library, the presidency has been pimped for personal gains. Their exploitation of power is understandable. If they call such a gathering after stepping out of their lush positions, most of those that shelled off millions at those parties will not show up. Most of them would not have cared enough about Mrs. Buhari’s autobiography, even to use it as a door stopper. That, of course, does not justify their actions. If their books cannot survive their tenure in public offices, it is not worthwhile.

The book itself carried a striking title, one that ascribes a path-breaking trait to Mrs. Buhari. The guests at the occasion took up the refrain and praised her for being different. They even remarked on the highly-noteworthy achievement of her being the “First Lady to be on Twitter, on Instagram, and other social media platforms, getting her unfiltered views across to the Nigerian people, and she’s probably the first to receive, in real time, the opinions of Nigerians on her views.” Not for lack of trying, but I cannot think of a bigger victory for democracy than a First Lady who uses her social media handles to summon her countrymen to talk about both the impotence of her husband as their president and their joint failure in the management of their household.

Against whom was Mrs. Buhari benchmarked to be adjudged different? Different, but from whom exactly?

Yes, she was quite remarkable when she criticised her husband’s regime in a 2016 BBC interview. She claimed a cabal had hijacked his regime and then threatened to no longer support his future political ambitions if he did not take charge. It was truly a divergence from the norm for a First Lady to make such a damning commentary on her own husband. The First Ladyship, among other functions, entails boosting the patriarchal traditions that subsist the presidential office by staying in your wifely lane. Political spouses can sponsor pet projects and even build their public persona around certain aesthetic appeals, but not much than that is expected. At least, until Patience Jonathan, one hell of an enigmatic First Lady, Nigerian presidential spouses were fairly unobjectionable. By diverging from the norm to challenge her husband’s administrative shortcomings, Mrs. Buhari seemed different.

However, with the book, she pours cold water on any lingering assumptions of her deviance. She explained away her supposed radicalism and ultimately chipped at the presumptions of her putative difference. Now, let me quickly note that because of the heavy editorialising of her life by the biographer, it was rather hard to separate Mrs. Buhari’s self-reflection from the biographer’s agenda. For instance, in helping her disown that controversial BBC interview that they now claimed was taken out of context by disgruntled media elements, her biographer noted her threat about not supporting her husband as a “so-called declaration.” I found that intervention rather infantilising. It was also baffling how the biographer framed Mrs. Buhari’s response to her husband’s infamous misogynistic remark that his wife belonged to the kitchen and the other room. The biographer unhelpfully noted that Mrs. Buhari “never contested the statement or queried her husband” because, having lived with him long enough, she understood his mindset. That implies that even Mrs. Buhari herself accedes that her place is in the domestic sphere, and her wading into politics makes her an interloper.

By also pointing out her acquiescent silence to the insult her husband launched at her before the eyes of the world, both the writer and the subject of the book betray the anxiety that drove the biographical project. My reading is that Mrs. Buhari is avidly curating her own legacy through the book. She is shaping how Nigerians will remember her, and they are putting out a chronicle that will inscribe her public memory as a quintessence of good behaviour and conservative values. It is, of course, her prerogative to capitulate to the dictates of patriarchy, but passing it off as deviance from the norm is disingenuous.

She was deviant at some point, but she did not own it. Like other Nigerian politicians who have made it their life dedication to kiss the President’s ring, there is no possibility of being outside the political power her husband embodies. Whoever does not conform to the diktats of that power risks being ejected and sentenced into oblivion. The biographer tried to frame her as aberrant, but nothing suggests her difference from any other user of political power.

She reneged on her threat about campaigning for her husband’s second term simply because she could not afford otherwise. She loves power, simple. It had nothing to do with the love of “the masses” (and by the way, “masses” has become a term for people in power to describe the same Nigerians they impoverished pejoratively). By their second term, she discarded her husband’s pretences about the “Office of First Lady” and settled herself in the position. The same husband that said there would be no such office appointed aides for her a year earlier. Why keep pretending? In October 2019, she announced she had “successfully secured 2.7 hectares of land in Abuja” to construct a regional secretariat for the African First Ladies Peace Mission. Last month, she and the wives of the 36 governors went further to ask for the institutionalisation of the First Lady office as a demonstration of inclusive governance. Does that request sound like it came from concern for “the masses” or just women hustling for gratuities and lifetime pensions such as their husbands get?

Why expect her to be different, really? Who would not want a life where one can live in Dubai for six months, far away from the filth and madness that typify the bulk of Nigerian life? This was a woman that virtually gave a middle finger to those who criticised her daughter Hanan’s use of a presidential jet for private duties. She ordered her aide-de-camp, Sani Baban-Inna arrested for not delivering a whopping sum of over N2.5bn donations that he allegedly received on her behalf from certain politicians and business people? In what way has her use of power really differed?

Yes, she has taken up the role of political opposition to her husband’s regime even as a privileged beneficiary of power, but so what? It is less about non-conformism but attention-seeking and public manipulation. She took advantage of people’s predilection for sensational gossip about the private affairs of the high and mighty. Notice that she does not direct her blame for all that is wrong with Nigeria at her husband sitting at the helm of affairs? Her attacks are typically directed at those around him as if he has no agency. Whether complaining about the state of the clinic in Aso Rock, or the failures of state administrators to provide resources for the people, or the botches of the Federal Government’s social investment programme, it boils down to Mrs. Buhari asserting herself before the conservative old men who dominate her husband’s regime and who would otherwise have relegated her to a corner. She strategically undercut their misogyny by generating the controversies that place her at the forefront of political discourses. Her tactic, though hypocritical, would have been remarkable. But she would not even own it.