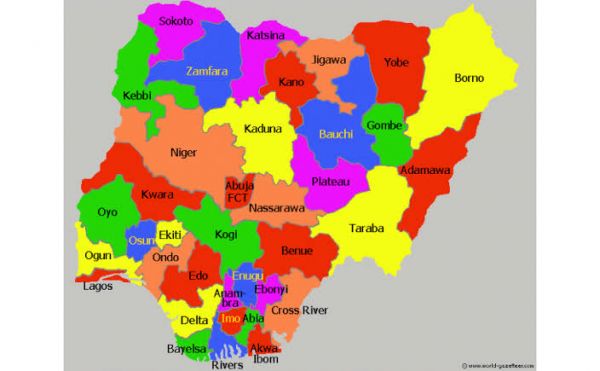 Although Minister of Finance, Budget and National Planning, Zainab Ahmed, in an interview with State House correspondents faulted a claim by the Edo State Governor, Godwin Obaseki, that the Federal Government printed between N50bn and N60bn in March, she said there was a need to improve revenue to run government.

On his part, Accountant-General of the Federation, Ahmed Idris, at the 2021 retreat for members of the technical sub-committee on cash management, stated that there was increasing pressure on government funds.

The minister and the accountant-general of the federation said these as investigations revealed that most state governments were fast turning into salary-paying centres as a larger percentage of their revenues was spent on personnel costs compared to capital projects.

For example, while Ekiti State Government said it spent 93.6 per cent of its federal allocation on personnel costs, its  Ondo counterpart admitted that it was challenging paying  high personnel costs.

Recall that two state governors a few days ago painted gloomy pictures of  finances of state and federal governments.

On Monday, Governor El-Rufai of Kaduna State, through his Special Adviser on Media and Communication, Muyiwa Adekeye, while justifying the decision of the state government to lay off workers said, “In the last six months, personnel costs have accounted for between 84.97 per cent and 96.63 per cent of FAAC (Federation Account Allocations Committee) transfers received by Kaduna State Government. In March 2021, Kaduna State had only N321m left after settling personnel costs.”

On Thursday last week, Obaseki was quoted as raising the alarm over Nigeria’s financial position which he said made the Central Bank of Nigeria to print about N60bn to augment allocation shared by states in March.

He said, “When we got FAAC for March, the Federal Government printed additional N50-N60bn to top-up for us to share. This April, we will go to Abuja and share. By the end of this year, our total borrowings are going to be within N15-N16tn.”

The finance minister in the interview with State House correspondents on Wednesday said there was no truth in the claim made by Obaseki.

She, however, said there was an urgent need for the country to improve its revenue to service debts and ensure day-day running  of government.

Shedding more light on the country’s finances, the finance minister stated,  “Nigeria’s debt is still within sustainable limit. What we need to do as I have said several times is to improve our revenue to enhance our capacity to service, not only our debt, but to service the needs of running government on a day-to-day basis.”

There is increasing pressure on govt funds – AGF

He stated that at present, there was increasing pressure on government funds, a situation that had made it imperative for managers of government funds to evolve strategies that would guarantee efficient cash management.

According to a  statement issued in Abuja by Director, Information, Press and Public Relations, Office of the Accountant-General of the Federation, Henshaw Ogubike, Idris stated, “Managing funds should not just be about expending the available funds. We must constantly keep ourselves abreast with strategies for knowing how to ensure inflows, when to expend and when not to.

“We must be able to forecast into the unforeseeable future, the cash needs of the government and possible challenges.”

Ekiti spends 93.6% of federation allocation on personnel, receives N3.1bn on the average – Commissioner

In Ekiti State, Information Commissioner, Akin Omole, said  the state spent over 93.6 per cent of the monthly allocation from the federation account on personnel.

Omole, in an interview with one of our correspondents, said, “The state has cut non-core expenditure, minimised the appointment of political appointees and introduced strict procurement standards to ensure value for money on all expenses.

“Ekiti spends 93.6 per cent of its average FAAC receipts on personnel. Ekiti State has received N18.5bn, an average of N3.1bn over the last six months”.

On whether the state was considering sacking workers, he said, “No, we are not exploring this option. Ekiti State will continue to prioritise the welfare of its workers, but the state will also rely on its workforce to increase productivity, and drive internally generated revenue growth to ensure the state can better withstand any shocks from the federally distributed revenues.”

He said that the Kayode Fayemi administration had, since assumption of office, grown the IGR “by 55 per cent from N450m to N700m per month”.

On the wage bill, he said, “Political appointees account for 9 per cent of monthly payroll costs (N158m) while civil servants account for 91 per cent (N1.54bn), using March 2021 payroll.

“Since we assumed office, political appointees have not accounted for more than 9 per cent of the payroll and this figure even dropped during the height of the Covid-19 pandemic when political appointees forfeited half of their salary as a sacrifice to the state during a very difficult period.

“We get the cooperation of international bodies and donor agencies that exist for development. That is obviously the difference between a government that knows its onions and others.”

“We are not actually in the best of times financially, but we are a government and not an organisation or corporate body that exists for purely economic reasons. We are mindful of the socio economic lives of our people and as such our decisions and actions should reflect this. We shall together weather the storm and come out better.”

Personnel cost is a challenge – Ondo

On its part, Ondo State Government said the personnel cost in the recurrent expenditure of the budget was a challenge to any government.

The state Commissioner for Information and Orientation, Donald Ojogo, however said in spite of the challenge, the government was still coping.

He said, “The governor, Oluwarotimi Akeredolu, has said it repeatedly that the bane of good governance is the bogus percentage spent on recurrent expenditures. Every governor’s desire, especially for ours in the state is to have more than 50 per cent voted for capital expenditure. But the implications are such that you have to wane down personnel to achieve such, and this is impossible because that means throwing more people into the labour market that is already overwhelmingly bloated.

“It is a huge challenge for all governments, it is not is peculiar to Ondo State, neither is any tier of government insulated.”

We are facing paucity of funds – Osun

Osun State Commissioner for Political Affairs and Intergovernmental Relations, Taiwo Akeju, when contacted, admitted that the state was struggling with paucity of funds.

Akeju, however, said Governor Adegboyega Oyetola, had been managing the available resources to meet all obligations.

Asked how much the states was spending on personnel cost monthly, Akeju said the figure was not available to him, but explained that despite paucity of funds, the state had not borrowed from banks.

“We have a seasoned administrator in Oyetola. He is managing the state with the available resources. Till now, we have not borrowed from any bank. There is paucity of fund, but the little we have the governor is managing it well,” Akeju concluded.

We can’t continue to spend 90% of our revenue on civil servants, pensioners who are 1.7% of our population – Gombe

In Gombe State, Commissioner for Finance, Muhammad Magaji, said the state spent between 80 per cent and 90 per cent of its IGR and federal allocation on the payment of salaries and pensions.

The commissioner stated, “We spent about 80-90 per cent of our earnings from the internally generated revenue and allocation on the payment of salaries and pensions.

Magaji said the Integrated Payroll Payment Gateway and Human Resource Information Management System would help us reduce payroll fraud and increase transparency in the payment of salaries and pension to deserving pensioners.

Part of the state government saving measure, was civil servants screening, where over N1.647,657,430.86 was saved as a result of its fishing out of multiple ghost workers and child workers.

It was undertaken by the state government under the auspices of the state Ministry of Finance.

In Benue State, a check in the 2021 budget shows that the state expects a total revenue of  N58,758,672,152 from the federal allocation and the Value Added Tax.