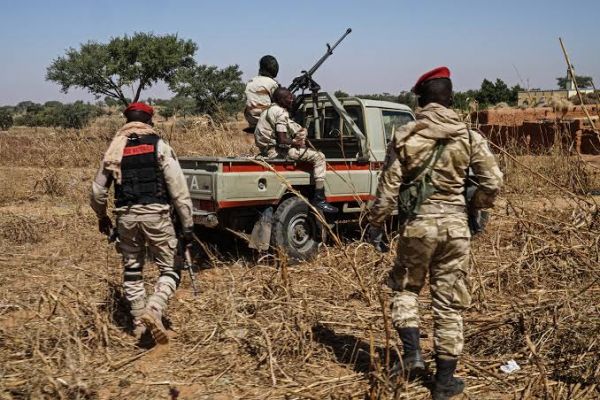 Some 2 million people have fled their homes and 30,000 have been killed since Boko Haram launched its insurgency in 2009 aimed at creating an Islamic state in the region.

Nigeria, which has Africa’s biggest economy, faces a raft of security challenges. Authorities are grappling with the insurgency, a spate of school kidnappings in the northwest and piracy in the Gulf of Guinea.

The insurgents attacked Damasak, a few kilometres from the border with Niger, at around 5 p.m. on Tuesday, three soldiers speaking on condition of anonymity said.

“Ten residents were killed in attacks on Tuesday. Our people have fled to villages in Niger while some are trapped in the bush,” local government official Bukar Mustapha told Reuters on Wednesday. “Boko Haram men are still at Damasak,” he said.

Resident Mustapha Gashigar said eight people had been buried but other bodies had not been recovered, and 17 were seriously injured. He said hundreds of people had fled Damasak.

Two local government officials, who did not want to be named, said the insurgents shot sporadically with anti-aircraft guns mounted on vehicles.

Damasak was captured by Boko Haram in late 2014 but freed by troops from Nigeria and neighbouring states early the following year.

Boko Haram attained global notoriety for the kidnap of 270 girls from a school in the northeastern town of Chibok in 2014. Around 100 of the schoolgirls have never been found.

Wednesday marked the seventh anniversary of the mass abduction. Borno State Governor Babagana Zulum said in a statement he had not lost hope that those who were sill missing would return safely.