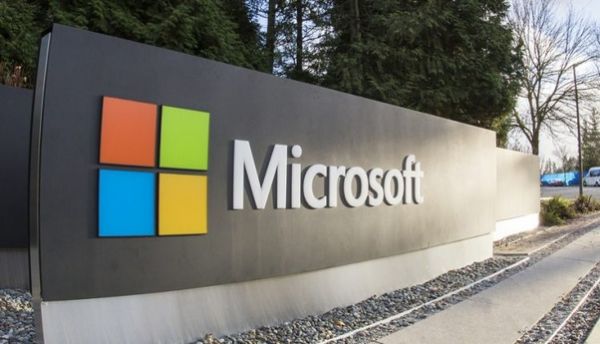 Buying Nuance is a boon to the company's cloud business, especially in one of the fastest-growing industries.

On Monday, Microsoft announced it was acquiring Nuance Communications for $19.7 billion, including debt. That makes it the company's second-largest purchase after LinkedIn, though there's a good argument it could be the most important.

Nuance certainly isn't nearly as well-known as many of the high-profile acquisitions under CEO Satya Nadella, which have been decidedly focused on consumers. Take, for example, Mojang, the maker of Minecraft, and ZeniMax, which makes Doom. Even LinkedIn, the professional social network, is more focused on individuals than it is on providing services to businesses.

Nuance, on the other hand, makes speech-recognition technology and isn't a name most people have ever heard of. That doesn't mean it doesn't already play a role in their lives, however. Nuance was an integral part of the development of Siri, Apple's voice assistant that powers everything from the iPhone, to the Apple Watch, to the HomePod.

But Microsoft isn't after your personal devices or your smart home. Instead, Microsoft is focusing its efforts on offering speech-recognition technology to enterprise and business customers through its cloud-computing platform.

Azure, which is the second-largest cloud-computing platform after Amazon Web Services, is a key part of Microsoft's growth strategy. In fact, Azure and speech recognition are exactly why Microsoft is so interested in Nuance.

Microsoft and Nuance already have a partnership helping doctors with AI-powered tools to reduce the amount of time they spend on patient charting. According to Reuters, Nuance already works with 77% of hospitals.

"This acquisition brings our technology directly into the physician and patient loop, which is central to all healthcare delivery," Nadella told investors on a call Monday. "The acquisition will also expand our leadership in cross-industry enterprise AI and biometric security."

That's no small thing considering that according to the US Bureau of Labor Statistics, five of the 20 fastest growing industries are related to healthcare. That isn't just because of the pandemic. The second-largest population segment in the US is the Baby Boomers, and as that generation ages, healthcare needs will continue to grow. At the same time, the U.S. is experiencing a growing shortage of physicians, according to the Association of American Medical Colleges.

The only way to continue to meet increased demand with a smaller supply of physicians is to use technology to reduce administrative tasks and allow more time for actually seeing patients. As the Wall Street Journal noted, healthcare is an industry ripe for disruption, and the pandemic has demonstrated just how important it will be to the future of how we interact with doctors. And, it isn't just telemedicine. Even in-person patient care is changing as a result of AI.

Maybe more impressive than dictation software used to speak text into a computer instead of typing, is what Nuance calls "Ambient Clinical Intelligence (ACI)." This technology listens to patient and doctor interactions, and securely captures the conversations, transcribing them as they happen.

This isn't necessarily new. Every time I've visited our family physician in the past few years, a transcriptionist comes in the room with a laptop and takes notes during the appointment. Nuance is essentially doing the same thing, though in an even more secure way since there isn't another person listening to the conversation with your doctor.

"This coming together is about empowering healthcare," said Nadella. "It's now very clear that healthcare organizations that accelerate their digital investments can improve patient outcomes and reduce cost at scale."

The trend towards using technology to power more efficient healthcare distribution isn't changing any time soon, and Microsoft is in a unique position to capitalize on that fact. Mostly, that's because of the difference in how Microsoft has positioned Azure, in comparison with AWS.

Microsoft is willing to spend big to own the space.

Last year, Microsoft introduced "Cloud for HealthCare," a set of tools for healthcare providers to handle everything from patient scheduling to medical records, to collaborating with other physicians. It's a part of the race by tech companies to tackle the enormous opportunity they see in the industry.

Amazon, for example, bought PillPack, the online prescription service that delivers packs for people who take multiple pills every day, for $1 billion. The move caused pharmacy stocks to fall as much as 9% at the time.

That deal is relatively small compared to what Microsoft is now paying for Nuance, but the impact could be even larger in the long run because of Microsoft's advantage in terms of positioning itself with healthcare companies.

Microsoft has an advantage over Amazon.

Microsoft's overall cloud strategy is different than Amazon's. AWS is essentially a buffet, where you can walk up and fill your tech stack with whatever components you need. With Azure, on the other hand, Microsoft seems to be making an intentional effort to build "platforms on a platform" to serve various vertical industries, like healthcare.

Microsoft can leverage that because it's already involved in a business relationship with those hospitals, physician's offices, and other healthcare providers. Unlike Amazon, Microsoft makes software already used by millions of businesses and organizations. Most of them are probably already using Microsoft Office tools, Outlook for email, and now Cloud for HealthCare.

Adding tools like Nuance to the company may not make a huge difference in the bottom line in the short term--Nuance only reported revenue of $359 million in the fourth quarter of 2020. By comparison, Microsoft made $38 billion in the same quarter. However, in an industry that represents almost a fifth of the entire country's GDP, there's certainly room to grow. That means there's plenty of time for Microsoft to create a platform that pays off in the long run