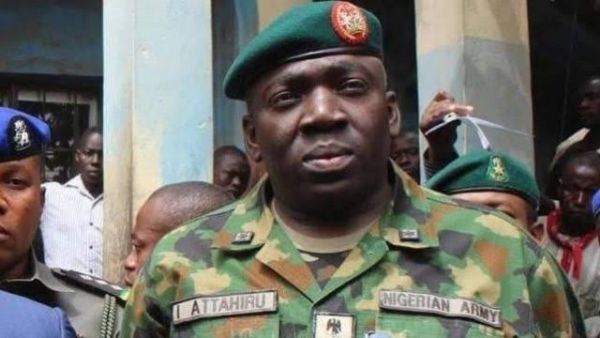 Nigerian Army says it has begun to engage some of its retirees to assist in tackling the rising insecurity in the country.

The workshop has as its theme, “Harnessing the skills of retirees for national security.”

Attahiru, represented by the Army Chief of Administration, Abdulrasheed Aliyu, a major general, said veterans still had a lot to offer, in spite of their retirement from active service.

“We decided to engage them considering that Nigeria is currently faced with diverse security challenges, and everybody has a role to play toward securing the country.

“To this end, our retired and discharged personnel also have a role to play, especially at this time when our nation is faced with insecurity.

“So, this seminar seeks to tap into the wealth of experience of our retirees in tackling the nation’s diverse security challenges.

“It is also organised to prepare and strengthen the participants to play an important supporting role in curbing the spate of crime and criminality,” Attahiru said.

He further said the seminar would seek to broaden the knowledge of veterans in the areas their skills and experience would be needed to boost national security.

He said the engagement of the retirees was part of a plan to reposition the army to professionally defeat all internal and external adversaries.

General Officer Commanding, 6 Division, Port Harcourt, Sani Mohammed, a major general, said the participants were drawn from formations, units and communities in the southern part of the country.

According to him, participants would deliberate and proffer solutions for a more efficient security architecture.

Governor Nyesom Wike of Rivers State described the initiative by the army chief as a welcome development.

He said that the country had continued to experience serious security challenges, hence the need for all citizens to assist the law enforcement agencies to tackle the menace.

“It is a known fact that veterans and legionnaires are force multipliers in most militaries, especially in areas such as information gathering.

“This is because fighting insecurity remains a collective responsibility that cannot be left for serving personnel alone,” the governor said.