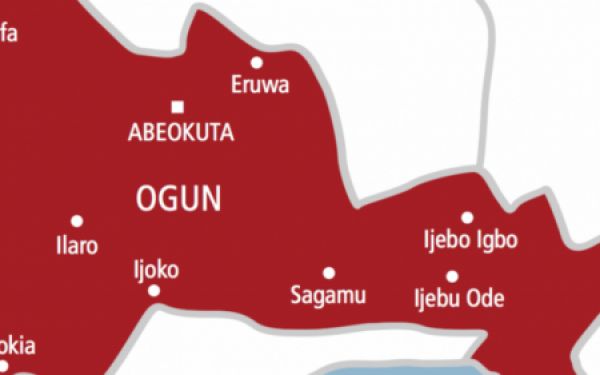 Ogun State health workers on Tuesday condemned the high level of insecurity in the state and lamented that all parts of the state were becoming unsafe.

The state chapters of the National Association of Nigeria Nurses and Midwives as well as Nigerian Medical Association stated this in separate interviews with our correspondents while explaining their decision to begin a strike at 12 midnight on Tuesday.

The NANNM, in a letter to the state Commissioner for Health,  Tomi Coker, dated April 12, hinged its decision on the kidnap of health workers in the state.

The association, in the letter titled, ‘Notification of withdraw of service,’  stated, “It is evident that security of lives and properties  is way out of control of the government.”

It said its members would withdraw their services  at 12 midnight on Tuesday.

Recall that a medical doctor and  a nurse were kidnapped on Wednesday last week on the Abeokuta-Imeko road.

Although the two health workers were released on Tuesday morning, the  NANNM said it would go ahead with its strike.

The state Chairman of the association, Funmilayo Solarin, in an interview with one of our correspondents, said, “No change of mind. We have already  commenced the strike. It is not starting tonight. It has started.

It is indefinite until what we want is given to us.”

Also, Secretary of the NMA in the state, Oluseyi Aderinwale, stated, “It is irrevocable. The word is irrevocable. Mark my word irrevocable. I am in a meeting now with the  state government and  I don’t know when it is going to end. When it ends, I will try to give you a call.”

NANNM, in the letter to the commissioner of health disclosed that a dental therapist working at the state General Hospital, Ijebu Igbo was abducted on her way to work on Monday.

On his part, NMAChairman, Oladayo Ogunlaja, in telephone interview with one of our correspondents, stated, “There is a lot of security challenges in the state now. I want the state government to address them before we go back to work.

“We want government to make where we work a safe place so that we can work without any fear. The state is now becoming unsafe for everybody living in the state, not in one axis.”

While in captivity, kidnappers  told victims our discussion with police — Source

Meanwhile, a prominent person, who was one of two people, who negotiated with kidnappers for the release of the two health workers, accused some policemen of conniving with the kidnappers.

The source said, “The experience is not what we should be talking about. There was connivance between police and the kidnappers. They are in the know of the situation. Our people (the abducted health workers ) told us that the kidnappers told them everything we told the police.”

But, when contacted, Police Public Relations Officer in the state, Abimbola Oyeyemi, fumed over the allegation.

Oyeyemi described the comment as unfair and callous. He said “That will be the most callous and mischievous statement I have ever heard from anybody.”

He said police were on the trail of the kidnappers for days to “the extent that even the helicopter that we have now is what we have been using for aerial surveillance because of these people.”

“Even we mobilised local vigilantes, some of them were even attacked by the hoodlums. After all these somebody would  be saying that they did not do anything.”

On the ransom, Oyeyemi said, “We told them that we are not in support of any ransom to be paid because if we are paying ransom we will be making them feel that the thing they (kidnappers) are doing is good, and  the more they will continue doing it.”

When contacted, Special Adviser to the Governor on Public Communications, Remmy Hazzan, explained the actions of the government.

Hazzan said the government played its role, but decided not to be involved in anything that did not fall in line with its rules of engagement .

He said “There are some kinds of negotiations that are not going to fall in line with government’s  rules of engagement.

“So, if some people are involved in some negotiations and are out of order and we are not part of that, that cannot be a reason why we should be held down.

On the decision by the medical workers to go on strike over insecurity, Hazzan said  the government was ready to engage them.

He said “We will engage them. Everybody’s level of understanding or interpretation of safety may differ.

“There are things that you need to do beyond the people that are actually  in uniform, so, when we engage the medical practitioners, we will be able to agree on the minimum that will ensure that  everybody is safe.

“If they are asking for security it is well within  their rights as citizens of this  country because the constitution also guarantees  that.

“But, we will engage them and we will be able to take the right step to ensure that everybody is safe.”