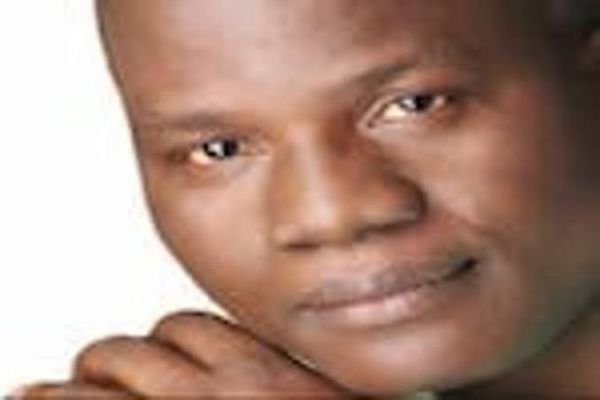 The simple answer to the above question is that there is no tribe anywhere in Nigeria. In reality, there are instead communities, ethnic groups and nationalities making up the country.

Yet in official documents and public discussions ethnic groups comprising tens of millions of people are incorrectly referred to as “tribes.” Hence, from the professor to the senator and from the pundit to the roadside mechanic, comes the conclusion that the problem of Nigeria is “tribalism.”

When you make a statement at the police station, you have to indicate your “tribe” on the paper. A line in the Nigeria’s former national anthem even says: “Though tribes and tongues may differ; In brotherhood we stand…” It’s considered supremely charitable when you say a political personality is “detribalised.” But, this is grossly erroneous. To be “detribalised” is to be removed from a tribe.

It is, therefore, a monumental insult to say an Igbo man belonging to an ethnic group of over 40 million people is “detribalised,” when what you mean to say is that he is no ethnic chauvinist. What you are saying unwittingly is that the gentleman has been taken out of his primitive enclave and relocated, perhaps, in an urban civilised setting. And it doesn’t strike some pundits as strange that the British discuss the issue of “Scottish nationalism” while Nigerians talk of “Yoruba tribalism.” This is despite the fact that there are more people who claim the Yoruba identity than those who say they are Scottish.

It should sound offensive that the over 250 ethnic groups in Nigeria are derogatorily referred to as tribes. Not even in the present separatist ferment in which some of these ethnic groups have been declared as “republics” in the cyberspace by their respective internet warriors. The flags, maps and currencies of these “republics’’ are already on display virtually. Yet the ethnic champions use the words “tribe” and “nation” interchangeably. They talk of their “tribe” when the appropriate word should be nation, nationality or ethnic group.

It is amazing that no one seems to be rankled by these conceptual contradictions.

Imprecision is a social and intellectual malaise in Nigeria. This is because the scientific approach is hardly adopted in solving everyday problems. Scientific method is not yet entrenched in the national culture. The imprecise use of terms is part of the deficit in the current debate of the Nigerian condition. Hardly is there any agreement on the meanings of many of the buzzwords used in discussing the nation’s problems. For instance, despite the legitimate impatience of some well-informed advocates of restructuring with those still asking for the meaning of the term, a lot of clarification is still necessary in some quarters. This may sound indulgent; but it is important.

In the specific case of the inappropriate use of the category “tribe,” the concern here transcends academic anthropology. The error has practical implications for Nigeria’s social and political development. Historically, the colonialists in their perverted sociology used the word “tribe” to describe a people they regarded as primitive. It was part of the ideological hegemony of the racists to portray the colonised people as inferior with no social or political history. It didn’t matter that kingdoms and empires existed for centuries in places the colonialists later described as tribal enclaves. Imagine describing Edo as a tribe centuries after the Benin Kingdom established relations with the Portuguese. Today, the Portuguese will not refer to any part of their country as a tribe. Talking about sociological evolution, it was a racist insult to describe as tribesmen the producers of the masterpieces of art stolen by the white man during the colonial conquests.

The irony is that decades after independence well educated Nigerians continue to describe their ethnic groups and nationalities in the same pejorative term those sociologists in the service of colonialism describe black people in the 19th century. To be sure, members of a tribe belonged to one of the lowest rungs in the ladder of human civilisation; they were still at the pre-state stage in political evolution. The tribal space is the universe of some members of the tribe. As a member of a tribe you might not even be aware of the existence other tribes in the same region.

It is noteworthy that in the West, in contemporary discussions of inter-group relations the category “tribe’ is reserved only for those regarded as backward with all the socio-economic and political connotations. So the Aborigines in Australia are described as “tribal’” people. In the American context, ethnic and racial groups are not called tribes. The category of tribe applies only to some native Americans still consigned to the dungeon of underdevelopment by virtue of racist policies.

Tribesmen as a group and as individuals are markedly separated from other people in terms of development and modernisation. The areas occupied by the extremely disadvantaged groups are still described as “tribal.” The lack of integration of those areas with other parts of the United States is quite evident even to the casual observers.

However, none of the Nigerian ethnic groups, nationality and, some would even say, nations could be described as caves of primitive tribesmen. No part of Nigeria today could be said to be occupied by ethnic groups completely detached from civilisation.

Regional disparities are undeniable. No ethnic group is immune to the socio-economic underdevelopment which defines the Nigerian society. Yet no group is excluded in the process of elite formation regardless of the size.

It was quite instructive watching a retired service chief on television the other day telling his remarkable life story which illustrates the point at issue. He belongs to “a minority group within a minority area.” Yet he rose to be a defence chief some years ago. Similarly, a former senator told his own story. If you use language as the yardstick of ethnic classification, his mother tongue is spoken by only hundreds of people. The senator became a reputable principal officer of the senate. There are several examples of citizens belonging to small ethnic groups who have gained national prominence on their own individual merit. Certainly, these ladies and gentlemen cannot be described as tribesmen and women. In contrast, it was big news in the United States early this year when a native American was appointed into a high political office.

It is pertinent to draw attention to the error of calling ethnic groups tribes because of its consequences for the current identity politics. There is a way in which tribal identification tends to eclipse the factor of national integration in discussions. The description of ethnic groups as tribes is, perhaps, an unconscious denial of the currents of integration. Those who employ the category tribe in identifying themselves and others in puristic terms ignore these obvious currents.

For instance, the sensibilities of the products of inter-ethnic marriage are routinely ignored when some separatists beat the drums of war by peddling ethnic prejudice against members of other groups.

The biological products of the cosmopolitan trends in the Nigerian society can definitely not be tribesmen by the very definition of their birth. A person may decide to identify with the ethnic group of his mother or father; but that doesn’t make him a tribesman or woman.

The matter even becomes more absurd when the dynamics of integration is considered. Those who still talk of tribes and tribalism have static view of things. Take a sample. A citizen is born outside the homestead of his grandparents. He is of the third generation of his family members who have made the place outside their place of origin home. He has only visited the place of origin only on a few occasions. In every material sense the man is integrated into his place of abode where he works, pays his taxes and builds his family. But in this upsurge of identity politics in the land, the man described above would likely be told by some ethnic champions that he doesn’t belong to the “tribe” that owns the place in which he lives. To talk of tribe in this context is an insult to the man as well as those accusing him of being a stranger to the so-called tribe.

It is astonishing that this racist categorisation is embraced in everyday conversations by Nigerians themselves. Besides, identity politics will be enriched by conceptual clarity about the issues in dispute. A requirement for this is a good understanding of the meaning of words and phrases used in the debate because of their implications. Far from being pedantic on this topic, it is worth stressing that precision in terms of the use of concepts is important for the urgent task of diversity management. Those employing categories to describe groups should be clear about what they mean precisely.

In sum, the Nigerian diversity is not a diversity of tribesmen. Among the diverse groups are ethnic groups and nationalities. Some even proclaim their own groups as nations. National integration is, therefore, not forging an amalgam of tribes. Instead, integration could be achieved by deliberately using well-articulated policies to promote equity in inter- ethnic and inter-regional relations and social justice for all citizens wherever they choose to reside in the country.

This should be a task for the administration of President Muhammadu Buhari to perform if promoting national unity is considered part of its legacy.