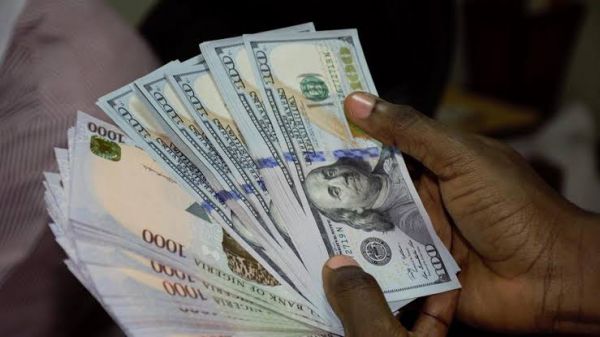 Naira appreciated against the U.S. dollar at the unofficial market on Monday, data posted on abokiFX.com, a website that collates parallel market rates in Lagos showed.

The data posted showed that the naira closed at N482.00 at the black market on Monday, representing N3 or 0.62 per cent appreciation from N485 the rate it has stood since April 1.

The last time the currency touched N482.00 at the unofficial market was on March 11.

Data posted on the FMDQ Security Exchange where forex is officially traded showed that the naira closed at N409.75 at the trading session of the NAFEX window.

Monday’s performance represents a 0.18 per cent devaluation from N409.00, the rate at which the naira closed on Friday last week.

This happened as forex turnover plummeted by 17.86 per cent, with $45.35 million recorded as against the $55.21 million posted on Friday last week.

As a result of this, the spread between the unofficial market and the I&E window exchange rate at N72.25, which translates to a gap of 14.99 per cent.