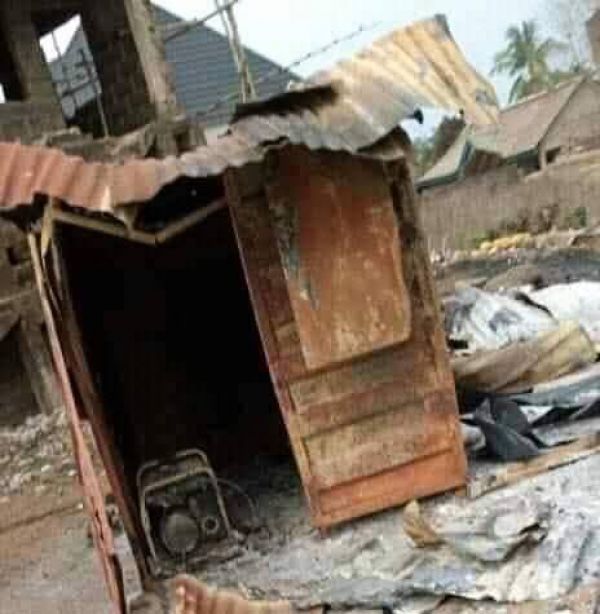 Gunmen had attacked five communities in the state, including Egedege, Obegu, Amazu, Nkalagu and Umuhuali on March 29. A number of persons were reported killed in the attack.

The attackers stormed the community in the early hours, killed four indigenes, set many buildings ablaze and destroyed many properties.

A member of the community, who spoke with our correspondent, confirmed the attack and lamented that the incident has caused serious panic in the community and neighbouring villages. The source said it took the intervention of some courageous youths to repel the attackers.

“The hoodlums started shooting sporadically and burning down houses. It took the intervention of some of our people who came out to engage them in gun battle.

“We are suspecting Fulani herdsmen. Two weeks ago, they were sighted around the community. So, they could be responsible for the attack,” the community member said.

Commissioner of Police in Ebonyi, Aliyu Garba, who confirmed the attack, said: “We are yet to get any report and I have not been around. I am waiting for the report.’’

Commissioner for Internal Security and Border Peace, Stanley Okoro-Emegha, also said he was yet to get details of the attack.

“They said it was a communal crisis, while others said it was herdsmen, but we do not know the people behind the attack yet.

“We cannot say exactly what happened, though we heard about the attack this morning (yesterday).”

Ebonyi State government also confirmed the attack, but said investigation revealed that it was not carried out by Fulani herdsmen.

Deputy Governor, Kelechi Igwe, in a statement through his Chief Press Secretary, Monday Uzor, said the attack was linked to the age-long boundary crisis between the community and their Agila neighbours of Benue State.

He said the government has responded by directing the military and police to move into the community, to repel the attack and restore peace in the area.