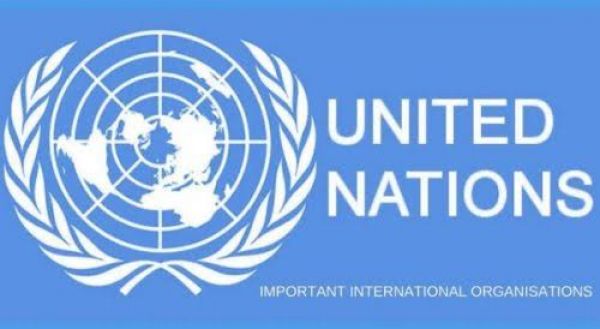 United Nations Office for the Coordination of Humanitarian Affairs has confirmed an attack on its facility in Damasak, Borno State, on Saturday.

Humanitarian Coordinator and head of the UN mission in Nigeria, Edward Kallon, confirmed the incident in a public statement.

Kallon said he was “deeply concerned about recurrent reports of violent attacks by non-state armed groups putting the lives of civilians under risks.

“Last night and through the morning, a violent attack in Damasak town, in Borno State, was reported with three international aid partners’ facilities directly targeted, set ablaze, and sustained damage.

“I continue to be concerned about the safety and security of civilians and humanitarian workers.

The top UN official strongly condemned the attack on humanitarian aid operations and facilities that are the “lifeline for people affected by violence and conflict in north-east Nigeria who are dependent on assistance to survive.”

He said humanitarian operations in Damasak to be reduced due to the violent attack.

This, he said, will “affect the support to 8,800 internally displaced people and 76,000 people in the host community receiving humanitarian assistance and protection there.”Kallon said “Civilians and aid workers, their facilities and assets should never be a target. They must always be protected and respected. I call on armed parties to observe and commit to international humanitarian law and human rights law, and ensure the protection of civilians, humanitarian property, and personnel.”

Kallon had also appealed to donors and stakeholders for support in funding the nine humanitarian hubs and to the United Nations Humanitarian Air Service (UNHAS), which are “vital enablers of the humanitarian operations in north-east Nigeria.

“I also appeal to donors to urgently continue their support for the Humanitarian Response Plan for northeast Nigeria to provide life-saving and life-sustaining support to some 6.4 million displaced people and host communities affected by the humanitarian crisis there.”

A source in Damasak has confirmed that two women were killed in the bomb attack, which brings the death toll to at least seven.

How the attack happened

A police source, who craved anonymity, in this report said it happened at about 5 p.m. on Saturday.

“The insurgents penetrated the town through waterside of Geidam Chuku exit.”

While the terrorists were engaging the troops of 145 Battalion at their camp, some of them were burning an NGO’S warehouse near the HUB, residence of Lawan Ali Asaga near the police station.

“They burnt the NRC resident at Fulatari ward as well as some vehicles.

“While withdrawing, they carted away an unspecified number of NGO vehicles and other civilian vehicles.

“They also looted food items worth millions of naira,” the source said.

“Meanwhile, as the result of the incident, two women and a man lost their lives and three of our troops were injured alongside many civilians that sustain different injures.”