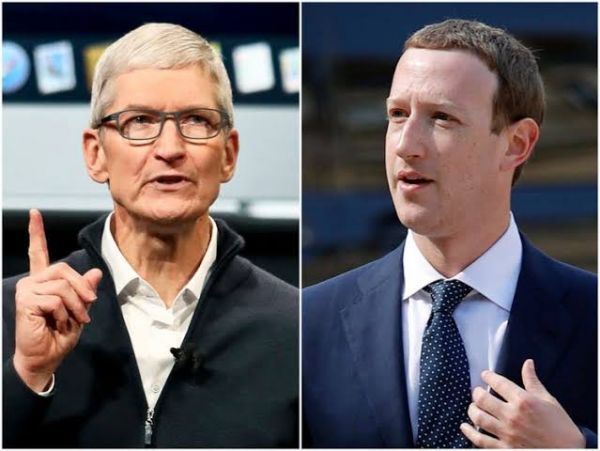 A lot has already been written about the battle between Apple and Facebook. Still, I think there is at least some confusion about what the two companies are actually fighting about.

On the surface, it looks like Facebook is upset because Apple has it out for small businesses. Apple, for its part, seems to take issue with Facebook's highly lucrative business model of personalized advertising that collects and monetizes users' personal information.

Really, however, the battle is far more simple. It began when Apple announced it would make changes in iOS 14 to require developers to create what Apple has called a privacy nutrition label for their apps, and to request permission before an app can track a user. Together, those two changes aim to provide users with more awareness and control over how their personal information is used.

"What we're doing is giving the user the choice of whether to be tracked or not," Tim Cook told Kara Swisher on her podcast, Sway. "And, I think it's hard to argue against that. I've been shocked there's been a pushback on this to this degree. I mean, how do you argue against that... I think you can do digital advertising and make money from digital advertising without tracking people when they don't know they're being tracked."

"All we want to do is supply a tool so that the person that should make the decision can make it," Cook said.

That, in the simplest terms, describes the difference between Facebook and Apple--and Cook managed to do it with seven simple words: "the person who should make the decision." Apple and Facebook very much disagree on who should be the person that makes the decision about whether you are tracked.

The person who gets to decide if or how your personal information is used isn't Tim Cook, or Mark Zuckerberg. That person is you.

That's important because Apple's position has never been that digital advertising is evil or that it should go away. It just believes users should have an awareness and a choice about what happens with their personal information.

That's why the company introduced App Tracking Transparency, which requires developers to get permission before tracking. Facebook has pushed back, claiming that Apple is threatening not only its business but that of millions of small businesses.

Apple has long made privacy a part of its brand and has used it to make the point that, unlike other tech companies like Facebook and Google, it doesn't make money by tracking you and showing you ads. However, Cook says it's about more than simply protecting Apple's bottom line, an accusation made by Facebook's CEO, Mark Zuckerberg.

"It's not about being a brand attribute, to be frank, for us privacy is a basic human right. It's a right that other rights are built off of. It's that kind of core--it's bedrock... The individual should own their data and they should own the ability to say who gets it, and what of their data they get and what they use it for. And, frankly, that's not the situation of today. I'm appalled by it."

That's about as stinging a rebuke as you'll get from the usually calm and collected Apple CEO. It also clearly defines what is really happening, and why Apple is willing to continue to fight to change the status quo. It doesn't mean the company is always right, or that there aren't real consequences involved when people opt out of tracking.

But it does mean that Apple is fighting for a principle that is hard to argue with. When you find someone that does, like Facebook, it's worth wondering the real reason why.