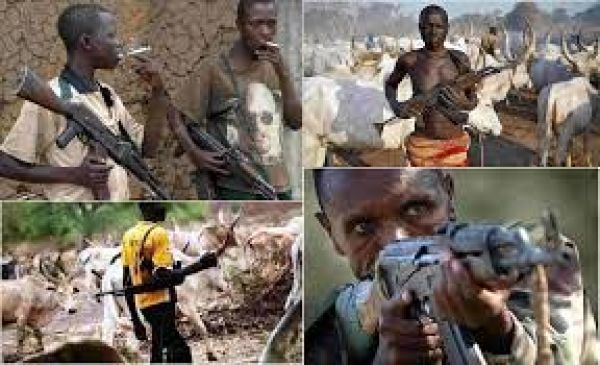 Operatives of Nigeria Security and Civil Defence Corps have arrested no fewer than 50 armed herdsmen in the past one week, Commandant-General of the NSCDC, Ahmed Audi, has said.

He added that that the suspects were apprehended in Ekiti, Borno, Cross River and other states,  saying they were allegedly involved in banditry, abductions and cattle rustling.

Audi revealed this while presenting licences to 17 private security guard operators in Abuja, on Wednesday.

The CG stressed the need for synergy among security agencies, noting that the security challenges besetting the nation could only be addressed substantially through sharing of intelligence.

He said, “The nation is being bedevilled with a very serious security crisis, and that is the asymmetric warfare. If you want to deal decisively with this, you must synergise with all stakeholders, in terms of credible intelligence.

“We arrested 50 illegally armed herdsmen, and we realised that some of them were into rustling of cattle, and also kidnapping. The armed herdsmen were arrested throughout the federation – some in Ekiti, Borno, Cross River states.

“You know it is part of our mandate to settle disputes between herdsmen and farmers, and to also give some security protection to our agro-allied investments in the country.’’

According to Audi, the arrest of the armed herdsmen was an indication of his determination to reposition the corps for optimal delivery on its core mandate.

Audi cautioned the private security guard operators against adopting ranks or other accoutrement used by the military and other security agencies.