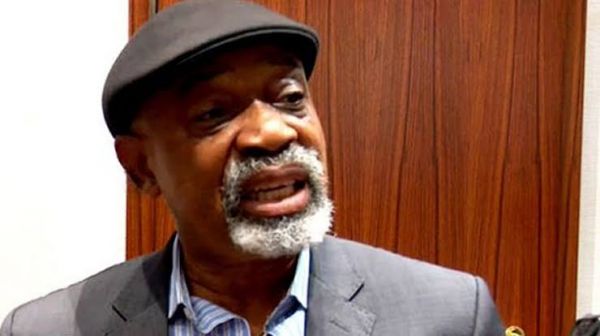 Millions of Nigerians are groaning as industrial action declared by doctors in public hospitals, courts workers and polytechnics lecturers across the country takes its tolls.

The various actions by resident doctors under the aegis of Nigerian Association of Resident Doctors (NARD) which entered its sixth day yesterday, Judiciary Staff Union of Nigeria (JUSUN) and Academic Staff Union of Union (ASUP) were launched to compel the Federal Government to meet their demands which include improved condition of services. The strikes have further compounded Nigeria’s labour sector crisis.

The strike by ASUP has disrupted ongoing examinations while students expressed frustration of having to be forced to return home.

Last minute effort by the Federal Government to prevent  the union from going ahead with the industrial action hit the rock, yesterday.

Ezeibe said reports from 92 states and federal polytechnics indicated full compliance as only non-academic members were at their duty post.

He confirmed the meeting with the Federal Government but said the union rejected pleas to suspend the strike because none of the issues in contention had been addressed by government.

Ezeibe said the strike would continue until the union’s demands were met but reaffirmed the union’s commitment to dialogue with the Federal Government.

However, Federal Government has promised to address the issues that led to the strike.

Minister of Education, Adamu Adamu, gave the promise at a meeting with ASUP executives in Abuja. He said some of the issues such as approval of the constitution of governing councils for polytechnics by President Muhammadu Buhari, had already been approved and would be inaugurated soon.

Ahead of the commencement of its action, JUSUN national leadership in a circular on April 1 had ordered the closure of courts from yesterday until government complies with the Nigerian Constitution, court judgments and other instruments which confer or re-emphasise financial autonomy of the judiciary.

To demonstrate this, workers as early as 8am had sealed courts even as gatemen were seen directing those who came to do business to come back when the strike is over. Lawyers were also seen around the courts discussing issues of autonomy for the judiciary.

The unionists arrived the court premises before 9am and directed their colleagues in courtrooms and offices to vacate in compliance with the industrial action.

They sealed some of the offices and pasted notices indicating the commencement of the court shutdown.

The circular signed by its General Secretary, I. M. Adetola, directed all states and zonal heads of the union to comply with the strike.

The union said at its last National Executive Meeting on March 13, in Abuja it issued a 21-day ultimatum to government to implement the financial autonomy of the judiciary with a threat that “failure of which JUSUN will have no other option, but to resume the suspended national strike action.”

Meanwhile, members of JUSUN, Rivers State branch, while complying with the directive to shut down courts said government should not single them out for punishment.

State chairman of JUSUN, Nwachukwu Anthony, said the withdrawal of their services was a national issue and not peculiar to any state.

However, Chief Justice of Nigerian (CJN), Justice Ibrahim Tanko Muhammad, yesterday, met with some national and local officials of JUSUN in his Supreme Court chamber to explore solutions and ways to mitigate impact of the ongoing strike in the Judiciary.

A statement by Ahuraka Isah, Special Assistant to the CJN on media and publicity strategy indicated that the meeting lasted some minutes.

The CJN at the end asked the JUSUN to call off the strike while the process of making the state government to obey Order 10 and various court judgments on the autonomy of the Judiciary are being implemented.

“The unintended sufferers of this strike are better imagined than seen. It has spiral effects, including our children, the Federal Judiciary which is a lesser culprit.

“Ordinarily, I would say let me talk to individual 36 state governors, which amounts to asking for their favours.

“But some of them would ask me to do ten favours in return. This is why as a judge I am prohibited from asking for favour.”

National Treasurer of JUSUN, Jimoh Musa who led the delegation on behalf of  the JUSUN  President, Marwan Adamu said out of 19 members of the NEC, only three were present.

“We have to table the CJN’s fatherly advice before our NEC meeting and consequently get back to his lordship,” Musa said.

As the doctors strike entered its sixth day, NARD’s president, Uyilawa Okhuaihesuyi, has said Ministry of Labour and Employment has yet to invite them for dialogue.

He made this known in an interview with the News Agency of Nigeria (NAN) yesterday  in Abuja while giving an update on the NARD strike.

“We did not get any invite from the Ministry of Labour, so, we will continue till they call us. However, we have a scheduled meeting with Tanko Sununu, Chairman, House of Representatives Committee on Healthcare Services on April 8.”

He added that NARD was still waiting and hoping that government would respond appropriately, noting that it was desirous that the strike came to an end.

He said that the association would not shift grounds because that was why it delayed the strike and considered all options to ensure it was averted, but had to resort to the action as last resort.

“We reviewed all avenues to avoid the strike and sorted things out before it got to this stage and as it stands now, we cannot back down. That is the instruction from our National Executive Council; we resolved that until our demands are met, the strike will continue.”

NARD embarked on an indefinite strike on April 1 to press home its demands over welfare, non-review of hazard allowance, salaries, among others.

It is also seeking immediate payment of all salaries owed to house officers, including March salary not paid before the end of business on March 31, 2021 and the abolishment of exorbitant bench fees being paid by members on outside postings in all training institutions across the country.

The association is also demanding for upward review of the current hazard allowance to 50 per cent of consolidated basic salaries of all health workers and payment of  outstanding Covid-19 inducement allowance, among others.

“It is the resident doctors that are on strike and they are below the consultants, so, services are still on in hospitals.”

Meanwhile, Ngige has threatened to invoke the no-work-no-pay clause in a bid to compel the striking doctors to go back to resume duty.