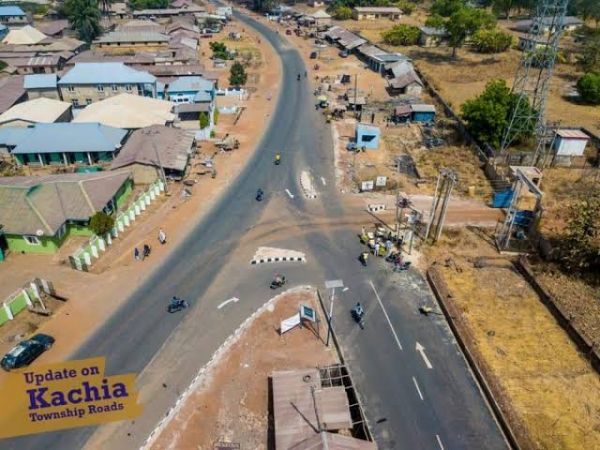 No fewer than nine persons were killed by bandits while an unspecified number were abducted along Kaduna-Kachia road in Kaduna State by bandits.

The attack was said to have taken place at about 10:30pm on Monday, near Kasuwan Magani, in Kajuru Local Government Area of Kaduna State.

According to sources in Kasuwan Magani, many vehicles were heading towards Kaduna when the bandits opened fire at them, killing nine people on the spot.

The sources were however, not specific on the number of people abducted, saying it would be difficult to determine the figure because the vehicles were many and that it was possible that some people may have escaped.

One of the sources said there were commercial and private vehicles which were coming from the Kachia axis, heading towards Kaduna.

Spokesman of the Kaduna State Police Command, Muhammad Jalige, did not respond to telephone calls and a text message sent to his mobile telephone on the incident.

Kasuwan Magani is about 40 kilometres away from Kaduna, the state capital.

The Kaduna-Kachia highway is a route connecting to southern Kaduna, Plateau, Nasarawa and Benue states and Abuja.

Following the deployment of more security personnel along the dreaded Kaduna- Abuja road, the bandits seemed to have shifted base to the Kaduna-Kachia road.

There have been persistent cases of attacks and abductions along the highway.

One of the most recent cases of banditry along the road was the abduction of eight members of Redeemed Christian Church of God (RCCG), on March 26, 2021.

It was gathered that as a result of the deadly activities of bandits along the Kaduna – Abuja road, commuters to and from Kaduna to Abuja had resorted to plying the Kaduna - Kachia road, even though it is a longer route.