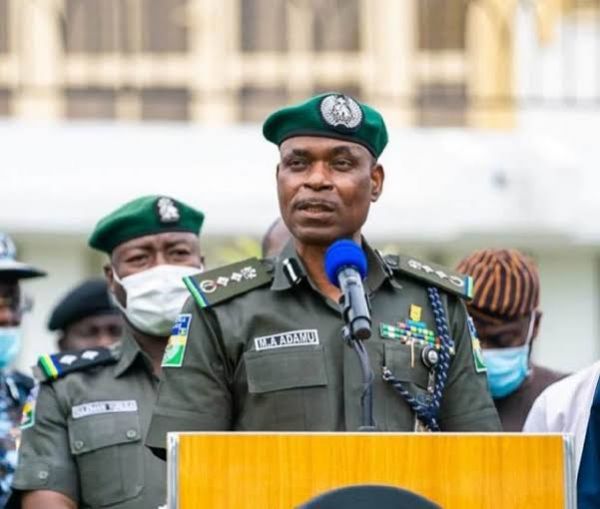 Nigeria Police Force has confirmed that its Imo headquarters in Owerri, the state capital, was attacked by armed men.

No police officer was killed in the attack but one sustained bullet wound, police spokesperson Frank Mba said in a statement Monday afternoon.

The attack on the police headquarters was carried out by the same armed group who also attacked a correctional facility in Owerri and freed over 1,800 inmates.

The police have now said they believe the attack was carried out by members of the outlawed Indigenous people of Biafra (IPOB) and its security network, ESN.

“The attackers who stormed the facility at about 0215hrs on Monday 5th April, 2021, gained entrance into the yard by using explosives to blast the administrative block,” Francis Enobore, the spokesperson of the correctional service said in a Monday statement.

In his statement, Mba said the police have recovered one of the operational vehicles used by the attackers.

He said the Inspector General of Police, Mohammed Adamu, has ordered the Imo State Commissioner of Police to fish out members of IPOB and ESN.

Read the full police statement below:

Inspector-General of Police, M.A Adamu, has ordered immediate deployment of additional units of Police Mobile Force (PMF) and other Police Tactical Squads to Imo State to strengthen security in the State and prevent further attacks on security formations or any other critical national infrastructure in the State. The IGP gave the directives following the attack on security operatives and formations including the Imo State Police Command Headquarters and the Headquarters of the Nigerian Correctional Services (NCS) in Owerri in the early hours of today, Monday, 5th April, 2021.

Preliminary investigations have revealed that the attackers, who came in their numbers with sophisticated weapons such as General Purpose Machine Guns (GPMGs), Sub-Machine Guns (SMGs), AK49 rifles, Rocket Propelled Grenades (RPGs), Improvised Explosive Devices (IEDs), are members of the proscribed Indigenous People of Biafra (IPOB)/Eastern Security Network (ESN). The attempt by the attackers to gain access to the Police armoury at the Headquarters was totally and appropriately resisted by Police operatives on duty who repelled the attackers and prevented them from breaking-in and looting the armoury. The armoury is thus intact! Similarly, the police suffered no human casualty, apart from a police Constable who sustained a minor bullet wound on his shoulder.

Meanwhile, one of the operational vehicles of the attackers has been recovered by the Police and is currently being subjected to forensic scrutiny and investigations.

The IGP, who condemned the attack on the security outfits, has further directed Commissioner of Police, Imo State Command and a new Special Investigation Team (specifically set up to deal with cases of incessant attacks on security formation/operatives in the region), to carry out holistic investigations into the incident with a view to fishing-out the perpetrators and bringing them to justice. The CP is to harness the security reinforcement squads and other operational assets at his disposal to take the battle to the door-steps of the attackers and prevent any further attack anywhere within the State and its environs.

The IGP, who described the deliberate and criminal attack on security operatives as an attack on the soul of our nation, has enjoined leaders in Imo State, the South-East and other parts of the country to speak out against the unfolding violence and criminality. The IGP calls on citizens to avail the Police and other security agencies with useful information that can assist in identifying and arresting the criminals. He vowed that the perpetrators will be brought to book, noting that the Force is doing all within its powers to curb activities of unscrupulous elements hell-bent on threatening the unity, safety, security and socio-ecomomic wellbeing of Nigerians.