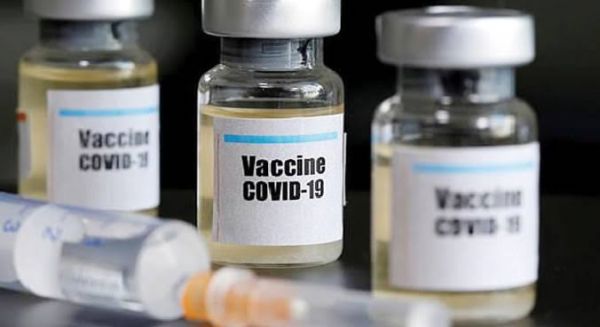 Federal Government has asked all the states administering the Covid-19 vaccine to stop the exercise the moment they use half of the doses allocated to them.

Checks by our correspondents found that National Primary Health Care Development Agency asked all the states to suspend vaccination when they reach half of the doses delivered to them.

This implies that a state that was given 100,000 doses would have to halt the vaccine rollout once the doses hit 50,000 in order for those who have received their first jab to be able to complete their vaccination.

The move, it was learnt, had become necessary due to a possible delay in the supply of the next batch of the AstraZeneca vaccines, which could affect the availability of the vaccine for a second jab for those who have taken the first.

The shortage of the AstraZeneca vaccine in the international market is caused by a surge in the demand by the European Union and a new policy by India which manufactures the vaccine. India had said last week that it would prioritise domestic vaccination for its over 1.2 billion citizens, thereby causing a shortage in developing nations like Nigeria.

Confirming the development to one of our correspondents who made an enquiry on the matter, the Minister of State for Health, Olorunnimbe Mamora, said states were asked to stop vaccination halfway until more vaccines arrive because it was the smartest thing to do since it is a double-dose vaccine.

Mamora said, “On the issue of stopping at half doses, we thought this is what wisdom dictates because in a situation where we seem to be in short supply, it stands to good reason to ensure that those who have had their first dose should be given the opportunity of having the second dose.

“It is better to have a pool of people who have received full vaccination rather than just do it halfway for everybody, which I think would not be the best in the circumstance. And you are not really covered if you have your full dosage.”

When asked when Nigerians should expect more vaccines, Mamora said he could not say because it is currently a ‘sellers’ market’.

He, however, said Nigeria was already having talks with other parties including Russia, which is producing the Sputnik V vaccine.

The minister stated, “The truth is there is a challenge. However, we are not hopeless. The COVAX facility is not the only one we rely on. There is also AVATT, the regional facility which is the African Vaccine Acquisition Task Team. So, we definitely will be looking to AVATT to help increase the initial allocation in the circumstances with what is happening vis-a-vis production and supply from India.

“Both AVATT and COVAX are multilateral facilitators, but we also have bilateral negotiations. For example, the Sputnik is bilateral in the sense that it is government to government. Sputnik is Russian and as soon as we have the dossier and approval from NAFDAC, then we will consider it.”

Mamora stated that the Federal Government might have to increase its budget for vaccines since AstraZeneca, which is the cheapest in the market, is not readily available.

He said, “One of the reasons we settled for AstraZeneca is not just because it is cheap but is as good as the others. They are giving it out at cost value. The challenge is that the initial element in terms of cost projection would have to increase because AstraZeneca is the cheapest. So, we may have to reconsider our initial cost projection. That is the challenge I see.”

Federal Government had received 3.9 million doses of the AstraZeneca vaccines through COVAX, a global initiative co-led by the Global Vaccine Alliance, Coalition for Epidemic Preparedness Innovations and World Health Organisation. The initiative was designed to ensure fair and equitable access for every country.

The vaccine arrived in Nigeria on March 2, 2021 while in the second week of March the government began distribution to states, except Kogi, whose governor, Yahaya Bello, had described Covid-19 as glorified malaria.

Persons who opt for AstraZeneca vaccines must take two doses which are usually administered at least two months apart. It was learnt that Ekiti, Bauchi and Kwara states had already administered half of their vaccine supply and had complied with the government’s directive to halt further roll-out.