All banks in Nigeria have blocked MTN from banking channels. Here’s what that means for you 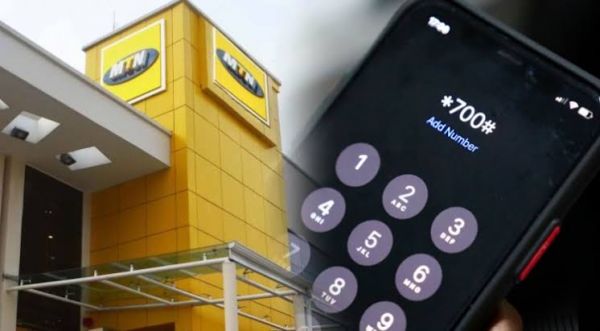 A feud between Nigerian banks and MTN left millions of subscribers unable to recharge their phones using the USSD services on Friday. That was after banks shut off the telecoms firm over fees charged for the service.

MTN advised its subscribers to seek alternative means of recharging their phones without informing them what the problem was.

Another read: “Please be informed that some of MyCustomers may not be able to purchase airtime and data recharges via banks including MOD and myMTN App.

“Please pacify MyCustomers and educate them to use MTNTopit, MoMo channels, as well as the debit card options on MOD or myMTN App.”

Phone users expressed their frustrations online as the outage lasted throughout Friday.

A top industry official who asked not to be named said that banks cut off the service to protect their profits. He described the move as “tyrannical”.

“Banks have tried to remove the cost of using USSD, but are willing to cut off subscribers to protect their own fees earned through the channel,” the source said.

“This only has to do with the preservation of bank profits, which are already substantial and growing despite the wider economic conditions.”

“The government needs to step in and deal with this once and for all. Nigerian banks need to stop their tyrannical posture. USSD has not been cut by MTN as far as I know,” the official said.

“Note that with their action, the banks are denying customers from accessing their money to make legitimate purchases/transactions.

“Banks are focused on bullying everyone to maximize their revenues. The banks did not send a formal communication to customers or to MTN before taking this action.”

There is a row between the banks and telcos over what banks should earn from every recharge.

A source said the telcos sought to reduce the banks’ share by almost half, a decision the banks kicked against.

The banks argue that since they maintain the infrastructure through which the recharges are done, they deserve better.

In protest, the banks decided to remove MTN services from their infrastructure as a way of signalling to the telcos that they could bark and bite.

But another industry insider said, “The 42 billion they are owing us (MTN and others), they don’t want to pay.

“Rather, they want to surreptitiously factor it into a new price regime so that customers will unknowingly help them pay what they had already billed them. Of course, we refused, which is why they are fighting us now.

“Meanwhile the overnight suspension of airtime sales by some of the banks is not restricted to USSD channels alone, but includes airtime purchases through all banking channels – bank apps, bank USSD codes, even debit cards.”

USSD feud with MTN and others

Central Bank of Nigeria and Nigerian Communications Commission on March 15 settled a row between banks and telcos over fees by imposing a new charge for the banks’ short-code service.

Known as USSD, it allows millions of Nigerians to use their mobile phones to access financial services daily.

From March 16, subscribers paid N6.98 each time they use the USSD for banking transactions. That arrangement has angered customers and alarmed advocates of financial inclusion.

The regulators claimed the billing would “ensure a much cheaper average cost for customers to enhance financial inclusion”.

MTN spokesperson, Funso Aina, did not reply to calls or messages sent to him through text and WhatsApp.

Spokespersons of Access Bank and United Bank of Africa, Amechi Okobi and Ramon Nasir, did not respond to calls and text messages.