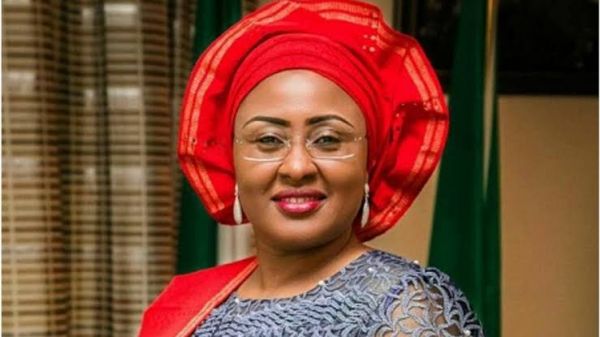 Wife of the President, Aisha Buhari, has mobilised 12 Nigerian billionaire businessmen for the launch of her book, titled, “Aisha Buhari, Being Different”, authored by the Senior Special Assistant to the President on Administration and Women Affairs, Hajo Sani.

The event, which will hold on Thursday, April 8, 2021, is being jointly organised by the Office of the First Lady of Nigeria and the Women and National Development (WAND), at the Conference Centre, State House, Abuja at 9am.

The royal fathers of the day are the Sultan of Sokoto, Sa’ad Abubakar; Ooni of Ife, Adeyeye Ogunwusi; and the Egbere Emere Okori Eleme, Appolus Chu.

The presentation is coming less than a month after Aisha Buhari returned to the Presidential Villa, on March 17, from Dubai, United Arab Emirates where she spent six months.

While in Dubai, the first lady also did not make any public statement or appearance on her 50th birthday on February 18.

There were conflicting reports on why she travelled, but an initial report was that the first lady relocated to Dubai over security concerns.

However, one of her aides, Kabiru Dodo, dismissed the speculation that she had relocated to Dubai, saying she travelled for medical checkup.

Dodo, at a function in Jalingo, the Taraba State capital, last December, said:

“The first lady travelled for her medical trip. She did not flee the country because of insecurity; she left her children, her husband and family in Nigeria. What people are saying is baseless and worth nothing to be considered. I want to tell the whole world that I do speak to her on daily basis and she is ready to return to the country as soon as she is done with the medical treatment abroad.”

Before her return on March 17, Mrs Buhari made her last known public appearance on September, 2020 during the wedding of her daughter, Hanan.

However, on the International Women’s Day 2021, held recently, she broke her silence, posting a goodwill message on her Twitter handle, @Aishambuhari.

In the message titled, “Message of the First Lady, Federal Republic of Nigeria, Aisha Muhammadu Buhari, on the occasion of the International Women’s Day 2021,” signed by her, she lamented the continued abduction of women and girls in Nigeria by bandits and terrorists.