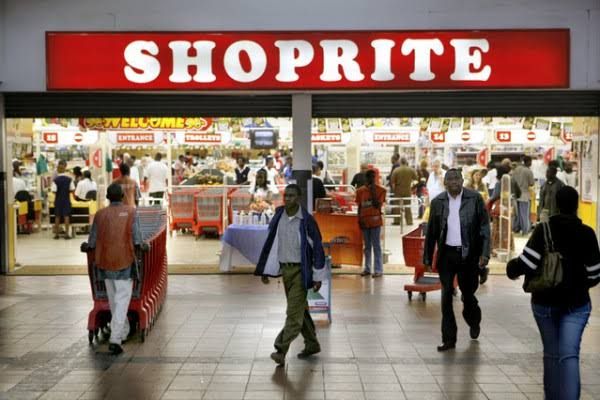 Shoprite workers at Lugbe, Abuja, on Friday, embarked on another round of protest, shutting down the company over a row with the management.

Cherish Ogenyi, the unit chairman and coordinator of the northern region of the National Union of Shop and Distributive Employees (NUSDE), an affiliate of the Nigerian Labour Congress, described the action as “picketing”.

“What you see happening here today is just a picketing type of strike, that is what the workers came here to do. Just to picket the entrance of Shoprite. Apparently, in a bid to stop them from trading until our pending proposals and demands are met by the management,” he said.

Following the purchase of Shoprite Nigeria by some Nigerian investors, Ogenyi said the workers are supposed to be paid off and not transferred to the new owners without their consent.

Ogenyi explained that one of the contents stipulated in the MoU with the Ministry of Labour in Lagos State was that Shoprite must not hand over on or before April 1, until all the parties come together to negotiate the pending agreement they had.

He said; “It was noted on the proposal that they are supposed to pay us off as workers, but we understand that gratuity is not obtainable under the Nigerian Labour Act. It has been expunged in 2004 Act as amended and is being replaced with pension act.

Under the same Labour Act, he said, “we have redundancy and when an entity is sold, the employee role under the old employer becomes redundant.”

Also, the NUSDE official stated that they also took cognisance of some of the clauses in the Nigerian Labour Act, especially sections 10 (I) & (II) which state that employees must not be transferred to another employer without first seeking the consent of such an employee.

Ogenyi added that subsection (II) said after such consent has been granted, it is the duty of an authorised labour officer to endorse the consent.

“The company told us that the people who bought them, bought the workers. To us it is an insult because to us it is pure human trafficking and we will not accept it,” he said.

He said they have been going to Lagos to negotiate with the Shoprite management, but that they told them that they cannot pay redundancy to every worker because they’re not asking anybody to go, and that any worker who is not comfortable with them being transferred automatically without seeking their consent should resign.

Ogenyi said they were told that because if they should pay off their experienced workers, the business would collapse under the new workers, but that they (NUSDE) asked them to terminate their existing contract, then allow interested workers to sign another MoU with the new employer.

“That way, whoever is comfortable with the new employer should stay, those who are not should be allowed to go,” he said.

Another worker, Gideon Akasin, who was seen seated on a table placed by the entrance of the shopping mall, carrying a placard with the inscription ”Save our souls, pay us our terminal benefits,” said the challenge they are having is that the company has been sold off, and that they have refused to pay them off.

“We have been trying to negotiate with them, but they seem to be tricky with our members. They keep tossing them around by asking them to come today, tomorrow and the next, we’re tired of such tricks,” the worker said.

Akasin, who has been working with Shoprite for over five years said: “We are demanding for pay off, pay us off, let us go, then if they’re willing to re-engage us, they should call us back to sign another contract with the new owners.”

Tina Ehikhuemen, another worker who spoke with this newspaper, explained that the management of Shoprite has not been fair to them as staff of the company.

“If you’re working in a place and you’re treated fairly, you’ll be happy. But these people, they’re not treating us fine, they’re only treating us like slaves,” she said.

Ehikhuemen said, “They’re enslaving us, especially the management, they’re not treating us well, you can’t sell your company and sell your staff alongside with it, who does that?

Some customers who came for shopping but could not gain entrance into the mall shared their thoughts.

Emmanuel Yusuf said he felt disappointed with what happened, but that he is in full support of what the workers are doing after looking at the reasons why the protest is being staged.

“People can’t come to our country, invest, and we give you all you need and then you have Nigerian staff that are not treated very well, that’s bad,” he said.

Also, Bayani Yukana, said he came with the hope to buy stuff he could use to celebrate Easter, but that he was disappointed.

“The staff are demanding for their rights, and since they’re into business they know what is right for them and the other new company taken over,” Yukana said.

However, the management, in a memo issued by its Divisional Human Resources Manager, Adeola Kagho, said the workers may be dismissed should they fail to return to work.

“Please note that your conduct is in breach of your contract of employment, company rules and procedures and the applicable federal legislation.

“The company is not prepared to tolerate your participation in any unlawful industrial action.

“The company is now considering appropriate action to be taken against you and this may include your summary dismissal, should you disregard the instruction/ultimatum hereunder.

“You are accordingly instructed to return to work immediately in an orderly and diligent manner,” Kagho said.

She urged the workers to follow the ‘established company’s internal procedure,’ should they wish to raise any grievance.