US says corruption, rights abuses massive and widespread under Buhari 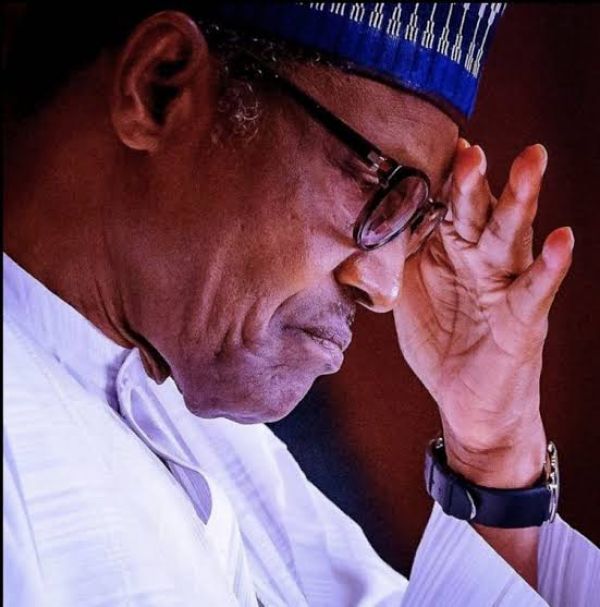 The United States has accused   authorities in Nigeria of massive corruption and stifling of free speech in 2020.

The US stated this in the ‘2020 Country Reports on Human Rights Practices,’ released on Tuesday.

Expressing concern about corruption in Nigeria, the US, in the report, stated that it was widespread and pervasive at all levels of government, including the judiciary and security services.

Against the backdrop of President Muhammadu Buhari regime’s anti-graft stance, the US Department of State, which authored the report, said there were numerous allegations of government corruption last year.

It cited the arrest and investigation of the former acting Chairman of the Economic and Financial Crimes Commission, Ibrahim Magu, for graft.

‘Many corruption cases pending due to procedural delays’

It observed that many corruption cases, particularly the high-profile ones, remained pending before the court due to administrative or procedural delays.

The report stated, “Although the law provides criminal penalties for conviction of official corruption, the government did not consistently implement the law, and government employees frequently engaged in corrupt practices with impunity.

“Massive, widespread, and pervasive corruption affected all levels of government, including the judiciary and security services. There were numerous allegations of government corruption during the year.”

While noting that the constitution and law provide for freedom of speech and press, the US said there were reported cases in which the government abridged the right to speech and other expression.

“Authorities in the north at times restricted free speech by labelling it blasphemy,” it stated, noting that critics were subjected to threats, intimidation, arrest, detention, and sometimes violence.

It stated, “Army personnel in some cases threatened civilians who provided, or were perceived to have provided, information to journalists or NGOs on misconduct by the military.

“On at least six occasions, journalists were charged with treason, economic sabotage, or fraud when uncovering corruption or public protests.

“Numerous journalists were killed, detained, abducted, or arrested during the year (2020),” the report pointed out.

The Department of State cited the killing of a reporter for the RegentAfrica Times magazine, Alex Ogbu by policemen while covering an Islamic Movement in Nigeria protest in Abuja on January 21, 2020, and an intern with Gboah tv, Onifade Pelumi, on October 24, in Lagos.

It stated that the Federal Government used regulatory oversight to restrict press freedom, notably clamping down on television and radio stations, over alleged violations of amendments to the sixth edition of the Nigeria Broadcasting Code.

It noted, “Citing violations of amendments to the sixth edition of the Nigeria Broadcasting Code in August, the NBC fined local radio station Nigeria Info 99.3 FM for comments by the former deputy governor of the Central Bank of Nigeria, Obadiah Mailafia, on insecurity in the country.

According to the US, there were reports that the government or its agents committed arbitrary, unlawful, or extrajudicial killings, noting that some culprits when found culpable, were held accountable.

But impunity in such cases, it said, remained a significant problem, adding that the police, army, and other security services sometimes used force to disperse protesters and apprehend criminals and suspects.

“In their prosecution of corruption cases, law enforcement and intelligence agencies did not always follow due process, arresting suspects without appropriate arrest and search warrants,” the report asserted.

It also cited the October 20 Lekki tollgate #EndSARS protest where security forces enforced curfew by firing shots into the air to disperse the protesters, stating that accurate information on fatalities resulting from the shooting was not available at year’s end.

“There were no reports of accountability for past deaths in custody, nor for past reports from Amnesty International alleging that an estimated 20,000 persons were arbitrarily detained between 2009 and 2015, with as many as 7,000 dying in custody.”

The US alluded to reports that indicated that soldiers, police, the Civilian Joint Task Force, and others committed sexual exploitation and abuse of women and girls, adding that such exploitation and abuse were a concern in internally displaced persons camps, informal camps, and local communities in and around Maiduguri, the Borno State capital, and across the North-East

The report stated that the Boko Haram had killed and maimed thousands and abducted over 2,000 persons as estimated by some NGOs, noting that the sect engaged in sexual abuse and exploitation of its victims.

The Buhari regime came under attack over the US’ assessment of human rights and corruption in Nigeria in 2020.

Efforts to get the Federal Government’s reaction to the US report failed on Wednesday.

Minister of Information and Culture, Lai Mohammed, did not take his calls when our correspondent made attempts to contact him on telephone.

He had also yet to respond to the text message sent to him as of the time of filing this report.

The same scenario played out when our correspondent tried to speak with the Attorney-General of the Federation, Abubakar Malami, on the telephone on the matter.

Also, attempts to get an official response from the ruling All Progressives Congress  were futile. Calls to the mobile telephone number of the Secretary, Caretaker/ Extra-Ordinary National Convention Planning Committee, John Akpanudoedehe, were neither picked nor returned.

A response to a text message to him on the subject was still being awaited as at 9:50 pm.

The national secretary is also the official spokesperson for the party.