The selfishness at the heart of socialism 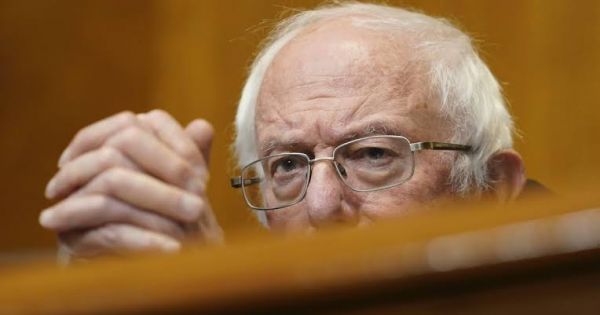 Garry Kasparov, the former world chess champion, has commented that he was “enjoying the irony of … [Sen. Bernie] Sanders supporters lecturing me, a former Soviet citizen, on the glories of socialism and what it really means ... In practice, it corrodes not only the economy but the human spirit itself.”

The soul-sapping nature of socialism was my subject last week, so I won’t go through the same stuff again, much though it bears repeating. Nevertheless, Kasparov’s comment led to further discussion of socialism after I reposted it on social media, and one respondent, a highly civilized left-wing friend I’ve known for about 20 years, said interestingly that without the “socialist impulse,” there would be no free education and healthcare and no pensions for the elderly.

I won’t quibble over the word “free,” for my interlocutor didn’t mean these benisons of modern society cost nothing but that the cost isn’t borne by the user in the form of fees. He knows full well that we pay for them with taxes and borrowing. And it can be conceded that they’d provide strong if not necessarily compelling grounds to support socialism if it deserved credit for them.

But does it? Does our impulse to help others start with a socialist impulse or any ideology? Or is the truth entirely different? Is socialism, which I think of as a set of arrangements by which central government delivers goods and services (of varying quality) to the public, actually an outgrowth or distortion of the deeper instinct of compassion? I don’t suggest that socialists are more compassionate than others, much though they often think of themselves that way. They obviously aren’t. But there’s a link between the political ideology and the human instinct, no matter how misshapen the connection has become.

In 1985, singer Bob Geldof was interviewed backstage at London’s Wembley Stadium about the massive Live Aid rock concert he’d organized with fellow musician Midge Ure both there and simultaneously at John. F. Kennedy Stadium in Philadelphia. They were raising money for famine relief in Ethiopia and did so on a stunningly huge scale. Copycat concerts took place all over the world, linked by satellite, and the combined events were watched in 150 countries by nearly 2 billion people.

At this moment, the greatest triumph in his already successful career, Geldof remarked with a note of bitter irony that Live Aid involved “the privatization of compassion.” He didn’t mean it as a compliment. “Privatization” had become a dirty word in the left-wing lexicon, as industries previously taken over by socialist governments were released from central control and sold to the public as businesses quoted on stock exchanges.

Geldof’s comment struck me forcefully at the time, for it was the precise opposite of what I took then and still take to be the gem-like truth stated by columnist T.E. Utley that one of the cruelest aspects of socialism is that it delegates compassion to the state. Socialism encourages individuals to think caring for their neighbor is not their responsibility but is, instead, a function of government.

Socialists often suggest that private provision of help for the needy is a failure of the state. Sanders has spoken disdainfully of charity, as have many unappealing politicians elsewhere. They regard the care of others through individual acts of kindness as demeaning the recipient because they believe or at least declare that goods and services received should be taken as a right rather than accepted as a gift. One also suspects that socialists dislike charity because it places a claim on them as individuals, which they’d rather shrug off.

It is here that Kasparov hits the bull's-eye. Socialism, the sloughing off of personal responsibility, corrodes our humanity. Churches and other charities provided education, health services, and care for the elderly, admittedly somewhat patchily, long before the “socialist impulse” became entrenched in government. It was motivated by the finest instincts — the word “charity” is interchangeable with “love” in Christian social teaching — but that instinct and the community effort it produces are now denigrated as an insult to its beneficiaries.

When helping others is distanced or detached from our finer impulses, it is ungoverned, untempered by humane reasoning. It becomes a limitless and constantly lengthening list of rights. Not rights such as the right to say what one thinks, or worship as one chooses, but the duty of others to supply us with free college, free child care, automatic pay raises, free abortions, free housing, and reparations for past wrongs paid by those who didn’t inflict them to those who weren’t their victims.