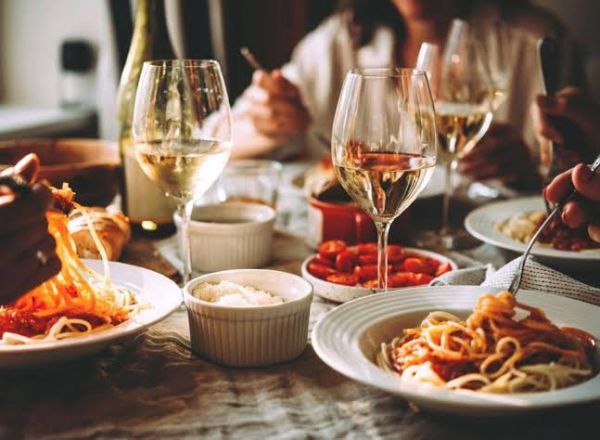 A new study according to Journal of the Academy of Nutrition and Dietetics found that eating out or ordering too much delivery might actually be KILLING you.

We’ve known for a long time that restaurant food is full of salt and butter, and high in calories.  That’s why we love it! But researchers drilled down by tracking 35,000 people who eat a LOT of restaurant food.

Everyone in the study said they ate at least two meals a day from restaurants.  So almost ALL of their meals.

They also found that people who do it that much have a 49 PERCENT higher risk of premature death.  They were also 65% more likely to die of cancer.

They didn’t say what they think a “safe” amount of restaurant food is when it comes to your diet.  But for most Americans, the answer is . . . try to eat less of it.  Or look for restaurants with healthier options.