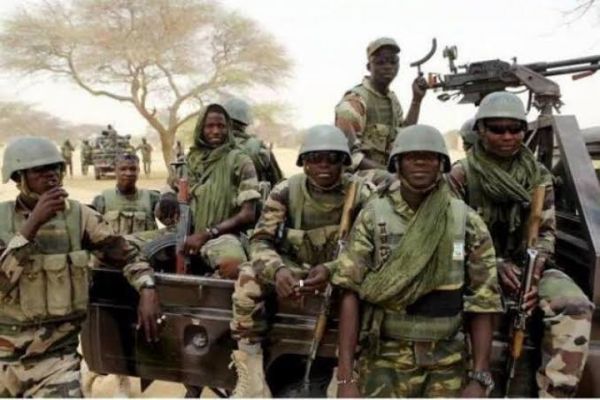 An ambush by suspected bandits in Katsina State yesterday left at least one soldier dead and many others with varying degree of injuries in Marina village, Safana Local Government Area of the state.

Troops of the Special Army Super Camp 4, according to residents of Katsina village, were advancing on foot in the village at about 2p.m yesterday after returning from a joint security operation, when the armed militants opened fire on them from a hilltop in the area.

A security officer in the village, who craved anonymity, said in a telephone interview with our correspondent that the military killed two bandits and injured many others during the firefight that lasted for about an hour.

He said: “You know for the past three months, the military, police and other security agencies have been embarking on joint clearance operation in forests across Safana and other neighbouring local governments.

“Unfortunately, today (Thursday) the soldiers were ambushed in Marina village while returning from a joint security operation in forests around Safana. The bandits succeeded in killing one soldier and injuring many others. The military killed two of the criminals and injured so many of them.”

However, efforts to reach the military in the state over the incident were futile as of press time.

In the attack, which occurred on Tuesday, vehicles and shops were set ablaze by the bandits.

An eyewitness lamented that his four wives and children were abducted by the armed men who left behind only his seven-year-old child with him.

He explained that a representative of the village head and his entire family, as well as married women, children, and some aged ones were among those abducted.

Residents of the village faulted the response of the security agencies to the attack, saying they made several calls to them as soon as the bandits arrive in the village.

They claimed that the security agencies promised to deploy operatives as soon as possible but none of them was seen up to the time when the bandits left the village.