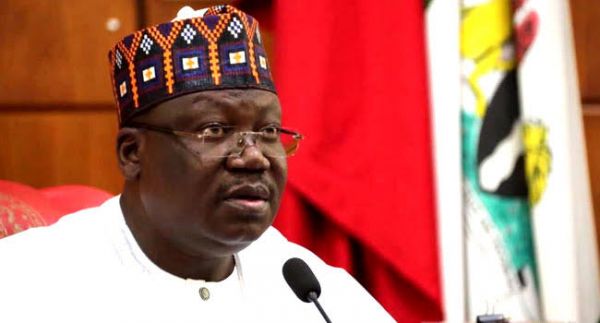 The Senate, yesterday, claimed that the security challenges facing the country, especially terrorism and banditry, were funded by drug barons.

He said drug barons provide terrorist groups as Boko Haram, bandits and kidnappers, with arms and ammunition to undertake criminal activities in the country.

He said drug barons who engage in trafficking heroine, cannabis and cocaine, have made Nigeria a major transit route for their businesses, noting that this was responsible for the rise of violent crimes in the country.

Lawan, therefore, called for the restructuring of NDLEA to further empower it clamp down on drug traffickers.

“National Assembly members are almost on a daily interaction with our constituents and we know the very debilitating impact of drug abuse in our various communities. You have rightly said almost every community in this country suffers from drug addiction. So, we are very mindful of what is happening. Drug peddlers pass drugs through Nigeria – cannabis, heroin and even cocaine.

“We believe that this has to stop because proceeds of such activities fund terrorism, they fund banditry, you wonder how the bandits have RPGs and these massive arms that they have. Definitely these are some acquisition provided by some barons, not the bandits themselves. So, we need to ensure that this transit role that Nigerians plays is addressed properly. And here we have to approach this through multi-sectoral efforts – Customs, Immigration, security agencies, Federal Airports Authority of Nigeria (FAAN), and our seaports.

“We also believe that the drug addiction level in Nigeria is so bad that we are loosing our youths to drug addiction. Like you have mentioned, the terrorists, the insurgents, the bandits and almost all the criminals have recourse to taking drugs to enhance their courage in order to undertake their illicit activities.”

Marwa said the ninth Senate under the leadership of Lawan has “displayed great interest, competence, support and effort” in the review of the NDLEA Act.

“This is a very important step to correct some of the lapses in an Act that was promulgated way back in 1989,” he said.

According to Marwa, the visit was intended to “call for urgent intervention from the Senate President as Nigeria is in a state of siege today.”

He raised alarm that the drug addiction scourge was largely responsible for acts of criminalities which had pervaded all parts of the country, and the outcome witnessed in the spate of insecurity lately.

“First of all, it destroys our kids, women, our youths, and the family system. Secondly, it is behind the criminalities everywhere now. You have to be crazy to commit some of these criminalities, and what fuels it is drug abuse. Even the insurgents and bandits themselves, they take drugs before they go into their activities,” Marwa said.