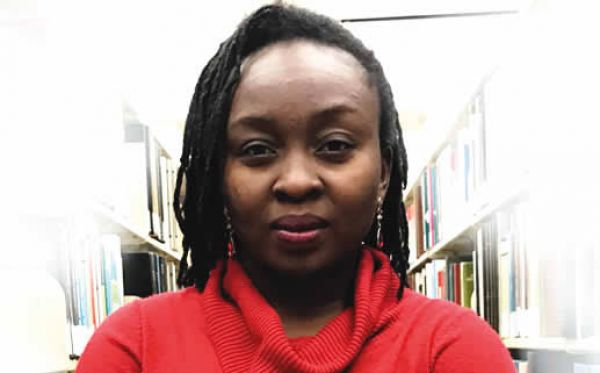 On January 23, a truck belonging to Dangote Group rammed into a shopping complex in Akungba Akoko, around Adekunle Ajasin University. Media reports state that the truck’s brakes failed as it descended a hilly approach and used the complex as a stopgap. In one fell swoop, eight persons were dead. The scale of the disaster roiled further when information filtered out that three members of a family were amongst the dead. Then, the Student Union Government of the university announced on Saturday that the Dangote Group had compensated the victims’ families with N500,000 each. The SUG president who announced the compensation also noted that “there are other ongoing plans by the Dangote Group of Companies to further compensate the victims and their families in due time.’’ We know what that means in Nigerian English.

So far, Dangote Group has not refuted the claim that they paid a mere $1000 for human life. Not N50m or even five million naira, but an ordinary N500,000. Nigeria regularly reminds you how little your life is valued; still, understanding how some seasoned executives sat down to deliberate on restitution of pain came up with such trifling sum as blood money is a head-scratcher. It is appalling enough to grapple with how traffickers manage to sell human body parts for paltry sums of money; it is maddening when corporate action officially confirms the undervaluing of human lives. Up till the time of bedding this piece, I still could not determine whether those that suggested that amount as compensation are soulless or just shameless. How did they calculate the sum? Did they factor in the pain and suffering of the victims’ families and adjust the figures for inflation? In a country that takes itself seriously, the victims’ families and survivors could file a class action suit to demand billions of naira as compensation.

I will like to quickly note two things about the ethics of recompensing losses through blood money in modern societies. First, financial compensation to victims or their families does not in any way substitute a proper atonement for heinous acts like vehicular accidents or similar disasters that might involve some degree of criminal negligence. Blood money is typically paid as a complement to justice the victims must have - or are guaranteed - to receive from the courts. That means even when financial compensation is on the table, a proper investigation still needs to be conducted, the guilty party established and punished accordingly, and then the economic and non-economic damages suffered by the victims, survivors, and their families adequately calculated and atoned. Regarding this AAU disaster, the immediate and remote causes of that unfortunate incident have not been officially ascertained. How did they then calculate the sum offered as compensation?

Second, payment of blood money must be an infrequent occurrence, and that is why the amount is usually consequential. Where, especially, there has been a loss of life, no amount of money can be sufficient compensation. Both the giver and the receiver must understand that some losses can only be acknowledged, never recompensed. Despite this prior understanding, the money must still not be too cheap otherwise, the gesture loses its meaning. The sense of loss that arises from parting with a significant sum of money should also force the party paying to resolutely commit to a higher level of responsibility in their activities so that similar unfortunate incidents do not repeat themselves. If or when the disaster recurs, it should be in spite of the reforms that have been carried since the last time, not for the same reasons as it did. That is one of the ways advanced societies have developed a heightened sense of accountability.

Unfortunately, when blood money is as meagre as $1,000, it becomes an easy substitute for actual reforms. Why would companies bother to spend substantial amounts of money maintaining their articulated vehicles and constantly retraining their drivers when they can get away with paying pitiable amounts of money to their victims? Restitution should make a society better, not disimprove it by making human life seem abysmally cheap.

Trailer accidents are a common occurrence in Nigeria. Given that the Dangote Group has hundreds of those trucks in their fleet, their name frequently comes up in vehicular disasters. The company has reportedly paid-and reportedly refused to pay-monetary compensation for the accidents involving their trucks. For instance, in 2011, they offered to pay N20m to families of 10 victims killed by their truck on March 9, 2010. Just like the January incident in Ondo State, the driver of their truck lost control in Felele Market in Ibadan. In 2019, they also reportedly offered N10m to traders affected by another accident involving one of their trucks that, once again, lost control and swerved into Afor Ibugbuhu market in Anambra State. That accident claimed three lives, seven people were reportedly injured, and traders lost their wares.

It is even telling that a company that paid an average of N2m compensation per person in Ibadan a decade ago now offers N0.5m. The same corporation, the same kind of disaster, yet vastly different sums of money. At a time the Nigerian currency has been so diminished we might soon be using it to wrap roast plantain and roast corn bought from roadside vendors, what is N500,000? What is that dismal sum supposed to achieve for the families of the victims? That amount, juxtaposed with what was paid 10 years ago, aptly summarises the diminishing worth of Nigerian life. Nigerian lives get taken so frequently and cheaply that you can gradually drop down the price you pay for compensation.

But one cannot talk about the disasters that articulated vehicles wreak without touching on how those accidents reflect the larger disaster called Nigeria. The entire social ecosystem is a web of administrative failures and overlayered incompetence of regulatory agencies tasked with holding these road users accountable. Take the example of a 2018 “investigative report” sent by the police in Plateau State to the Head of Operations of Dangote Cement Transport Company in Benue State, absolving them of responsibility in a crash that claimed eight lives. In a mere two-page report duly signed by the Divisional Police Officer, Kaduna-Vom Division, one CSP Abubakar A. Omade, they concluded that a Toyota bus travelling in the opposite direction ran into a Dangote Howo truck, and then the truck “went and crushed a motorcycle.” When you read that, you know the officers that authored the report are clueless. How is it logical that a Toyota bus would have such an impact on a heavy-duty truck? If they lack basic deductive reasoning skills, then how do they ever hold the companies that own the trucks accountable?

One cannot talk about the frequent mechanical failures that result in truck accidents without also factoring in the poor quality of roads that reticulates the Nigerian landscape. The government builds roads but never maintains them. They hardly ever even tally the spate of disaster that occurs on the road to pinpoint engineering flaws and redesign accordingly. In Nigeria, they will inaugurate a road project, and even a mere cursory look at the sight, while the bitumen on its surface is still shining, will reveal at least a dozen flaws. We do not invest in building structures that will outlast the photo ops we take with them.

In the same place where the Dangote truck lost control in AAU, there have been several horrible accidents reported in the past one year alone. The perplexed inhabitants of that town are now reportedly considering appeasing some spirit forces that might be causing those disasters. That alone should tell us that there is a road construction problem with that location, and a redesign might need to be effected as quickly as possible. The same problem goes for the Otedola Bridge in Lagos where there have been repeated truck accidents and many fatalities due to mechanical failures. Nigeria has urgent infrastructural problems, but the government hardly takes what imperils us seriously enough. It is thus no surprise that a corporation prices human lives at $1,000.