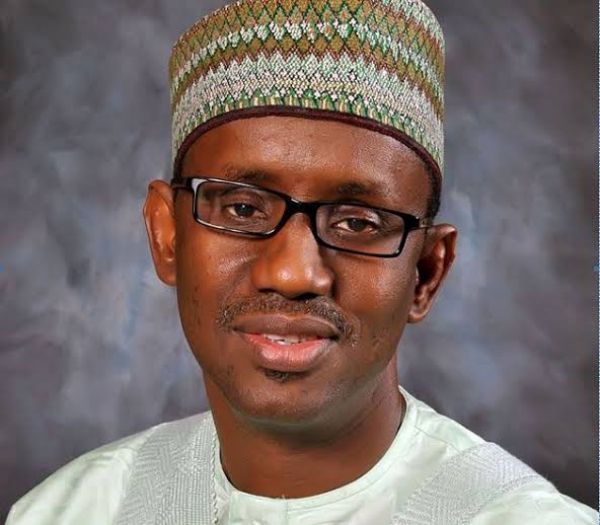 Yesterday, my friend and former colleague, Ngozi Okonjo-Iweala, took the reins at the Geneva offices of the World Trade Organisation (WTO), becoming the first female and first black Director General of the multi-lateral organisation. It was a day of fulfilment for her and a day of pride for some of us close to her and indeed all those in the demographics she represents.

Yesterday was the culmination of a spirited determination by an individual who believes in herself. It was also a mark of an increasingly liberal and accommodative world in which all persons are treated on the basis of the value they bring to the table, other than other intangible considerations. It was heartwarming that some perverts who wanted the whole world to behave in a parochially primitive way in making this important decision were roundly defeated. They and their insularity have been thrown out, giving way for modernity, and my friend Ngo, as we fondly call her, to triumph.

In Ngozi, I believe, the world has gotten the right nut for the bolt that is the WTO. At a time when the global economy is feeling the vibrating impact of a debilitating pandemic, and when mutual suspicion and horse-trading define international trade, the world definitely needs an arbiter who is firm, passionate and a stabiliser. We have that, and more, in Ngozi.

Having worked closely with her for four years (2003-2007), and having followed her career and activities since then, it is not difficult to testify positively of Ngozi’s high performance and excellent leadership.

Ngozi and Oby Ezekwesili are two great women that I worked with and benefited immensely from their brilliance, passion, great work ethic and commitment. At a time when there was still conservative misgivings about the leadership of women in our country, Ngozi and Oby served as trail-blazing achievers who silenced misogynistic naysayers.

Ngo is one of the key architects of modern Nigeria, especially for her surpassing role in anchoring the economy and championing reforms whose impact changed the Nigerian government and economy for good. Those reforms impacted aspects of our lives from the public service, banking, pensions, and a host of other sectors. To her credit, unlike many a former senior official of her standing, Ngo never went back to destroy what she built. She always moved on.

She is an exceptional manager who has mastered the art of insisting on the right thing, in the right way. She has the gift of identifying steps that need to be taken and challenges that need to be fixed, and would invariably get them fixed. Beyond her person, Ngo knows how to lead you to where you want to go, and where you ought to be as well. She is, without doubt, a shining example of amazing selflessness. I saw this at close range with the support she offered us in building the Economic and Financial Crimes Commission (EFCC), especially during our bid to get Nigeria out of the Financial Action Task Force’s list of Non-Cooperative States and Territories.

However, one remarkable attribute of Ngo is her carriage. She exudes confidence, charisma and gravitas. She never looked on herself as a woman, which makes it easy for everyone to see her as a leader. She is also not just an effective manager of human resources, or your typical bossy slave driver; she is a worker herself. Ngozi works every bit of her time. Rarely could you find a more hardworking person at that level. As an extremely brilliant person, she engages her team, and fellow senior government officials in dissecting issues beyond emotions and superficial bureaucratic niceties. These made her survive the slippery floors of power and the patriarchal milieu of the Nigerian political space.

For a person in a country with sharp ethno-religious divisions, Ngo demonstrated the rare virtue of large-heartedness and accommodation. Unlike what many in her position are wont to do, Ngozi did not surround herself with persons from her southern part of the country, her ethnic group, or religion.

I do not know if it was by choice or coincidence, but her personal secretary was a Fauziyya Ahmed, from Kogi State. Her police security attaché was Musa Abubakar Babura. The senior civil servant supervising her office was Haruna Mohammed, from Katsina. For a long time when we were in government, Ngozi’s personal assistant was a certain Mohammed Yusuf, a Katsina man. But as a mark of genuineness of her intention, she never bragged about it, even at a time when she was ignorantly accused of ethnic chauvinism.

There was something unique about Ngo’s offices; whether as Finance Minister in Nigeria or at the World Bank in Washington DC. There was always a portrait of Ahmadu Bello, the Sardauna of Sokoto, conspicuously displayed. This is yet another ‘oddity’ for those familiar with the Nigerian socio-political space. One day I asked one of her aides the reason for keeping the picture. Ahmadu Bello, he said, is Ngo’s personal hero. She adores him, as explained by the aide, for building essential institutions where they were needed. As a product of a university established by the Sardauna, I could identify with the reason.

As a trade negotiator, Ngo’s other skills I admire would come in handy. She is an exceptional crisis manager in both her personal and official life. She wades into the toughest of situations and almost always comes out with great results, through her stoic and persuasive engagements. Her remarkable communication skills helped her in those instances, as they stand to do in this new task. And if there’s any woman who possesses the rare ability to make her case with lucidity and tact, here’s one.

Ngozi’s integrity is out of the ordinary. She is a woman of integrity in private and in public. She would always ensure that whatever she does or says is what she could defend anywhere. She also keeps her words in whatever she commits herself to doing.

As a person, Ngo is comfortable with the high and mighty, the lowly and poor. Her humanity and genuine concern for the poor and vulnerable always manifest in her words and actions. In the aftermath of the Chibok girls kidnap, Ngo would often speak to me about it and what could be done about those girls and other vulnerable girls in dangerous places like them. We must insist, she would argue, that we do not fall into the hands of Boko Haram by ensuring that access to education is not denied to children of the poor in rural schools.

Ngo also lived a decent, humble life. Her living condition, dress or what she eats are never different from the ordinary. Visitors to her house get served the same simple drinks and meals, the favourite snack being suya and peanuts.

I have the fervent belief that Ngo has a lot to offer to the world in her new position. Her team will find in her a great team player and supporter whose passion is all about leading the way to excellence. I am hopeful that she will utilise this opportunity to help the world’s poor and work towards a more accommodative global economy.

As I use this opportunity to congratulate my dear sister and friend, and wish her Godspeed in this new challenge, I equally hope that Nigeria will benefit from her again.