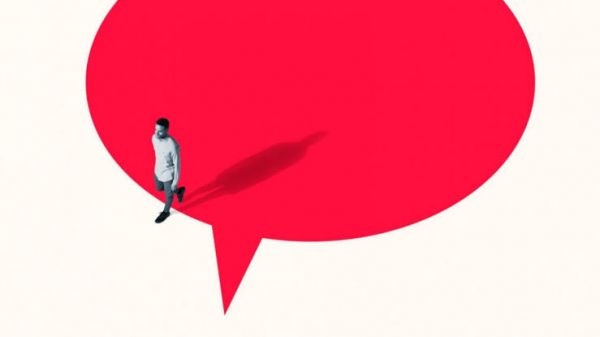 Few people get the power of their words, both for the good and for the bad.

Do you have any notion of just how many languages are spoken throughout the world today?

Notice the subtle nuance I just utilized in that simple response?

Most of us, though, don't differentiate between "seven thousand" and "7,000." It's the same either way. That's not the case for everyone, though. For those not quite as familiar with numerical values, they could miss some important details the rest of us take for granted.

That's an obvious use case where language shapes how you see and interpret life, but let's take a more subtle yet powerful scenario that most of us live daily. In one of my executive coaching sessions, my client-- who is going through a rough spot in his personal life (he just broke up with his girlfriend) and has plateaued in his career-- spoke in a way that attributed his problems to the pandemic, the circumstances, or some external factor.

He would say things like, 'If the pandemic wouldn't have hit, things would have been different.' 'My boss doesn't really care about me, so upward mobility is limited.' Or, 'If only we could have spent more time together, we wouldn't have broken up.' As I listened to him, I noticed that his choice of words were terribly restrictive and pointed to him being a victim. That represents a total loss of power.

So what does this have to do with you?

Your choice of words either limits you or inspires growth.

During a Ted Talk on the subject, Lera Boroditsky commented on the subtle but significant differences between German and Spanish with regard to gender identification of nouns.

In her example, the German word for 'bridge' is feminine while in Spanish it is masculine. When asked to describe a bridge, Germans are more likely to use adjectives such as 'beautiful' or 'graceful' while Spaniards are more prone to use terms like 'strong' or 'long.'

Language is generally taught to us while we are children. We don't have control over how it's taught us or how we ultimately use it; these are programmed throughout the instruction on word definition, grammar structure, and everyday common usage that molds and solidifies the language within us over time.

In the case of my client, it was so natural to speak in a way that painted him as the victim. He grew up learning that way of speaking and it shifted the liability and took him out of the driver's seat. In other words, he didn't have to take responsibility for his life.

As we spoke more, he realized that this way of talking, albeit familiar, had a huge cost. You can't live a life you love if you are a victim.

So how do you begin to access the power of your words?

Take notice of how you speak, the words you choose, and especially how you are left afterward. Are you empowered or left small? Bring awareness to your speaking.

The Power of Language.

So how do you disrupt the automaticity of just speaking?

By recognizing the subtle, but very real differences language can create with regard to perception, perspective, and ideas, we can remain open to outside influence, learn to 'see' things from a different point of view, and that can bridge the gap that is created by the types of speaking: victimization or blame versus being the author or owner of one's life.

When my client saw (or, I prefer to say 'discovered for himself') that the way he was talking left him no room but to be a victim and remain miserable, he nearly fell off his seat. Just to prove my point, we started brainstorming a bunch of off-the-wall and creative narratives that would leave him in a different headspace. He understood that by his very words, he had the power to suffocate or flourish.

There's a saying, talk is cheap, and in my view, that couldn't be further from the truth. In fact, most of us are blind to just how powerful our words (whether spoken or thought) are and if there's one thing you take away from this, it's just that. Choose your words intentionally.