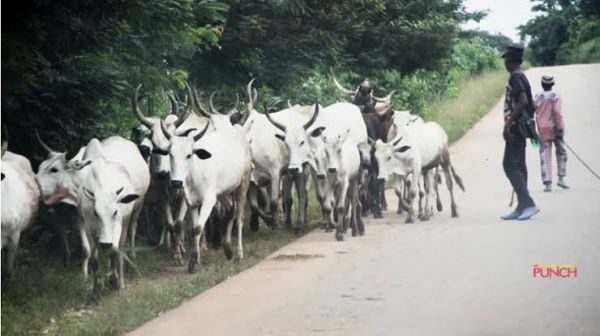 Yoruba socio-cultural group, Afenifere, Activist, Sunday Adeyemo aka Sunday Igboho; the Are Ona Kankanfo, Gani Adams; and the Odua Peoples Congress under the leadership of Segun Osinbote are set to launch a campaign against cows.

This is according to an advertorial published in The PUNCH on March 1, 2021.

The campaign which is tagged, ‘Anything But Cow Day’, will launch on Friday, March 5, 2021, and is being held in response to the boycott of the South by northern traders. The boycott has entered its 4th day.

The campaign, which is themed, ‘A one-day symbolic beef boycott towards terminating the cow pandemic- End COWVID-21’ is expected to trend on Twitter with the #endcowpandemic.org’ and will be streamed live on Odua Peoples Communications Youtube channel.

Meanwhile, the strike action embarked on by the cattle and foodstuffs dealers under the aegis of the Amalgamated Union of Foodstuff and Cattle Dealers of Nigeria has entered its fourth day.

The strike, which involved closing all routes linking the North to the South, has dominated discussions on social media.

Services for blocking the supply of foodstuff and cattle from the North to the South.

General Secretary, AUFCDN, Ahmed Alaramma, added that the President of the association, Mohammed Tahir, is currently with the DSS.

The blockade, which has entered its fourth day, was done in protest against the alleged killing of their members in the South.

They had also called on the Federal Government to pay them billions in compensation.