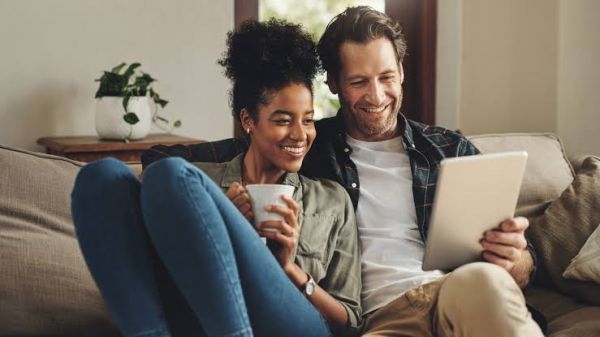 Research shows your significant other makes a huge impact on your financial success. (And so can your business partner.)

Money certainly isn't everything. Money isn't anywhere close to the top of the list of things that contribute to happiness.

But still: Achieving a degree of financial freedom, and the peace of mind that comes with it, is important.

How? Your mindset plays a huge role. Developing greater determination, willpower, and grit -- because those qualities can be developed -- can be key.

And so can marriage.

According to a 2005 longitudinal study published in Journal of Sociology, married people experience 77 percent higher per-person net worth increases than single people. Because that's per person, 1 plus 1 can actually equal a lot more than 2.

Oddly enough, people in the study who eventually divorced saw their start wealth falling four years before they separated.

Which makes sense, both intuitively and science-backed. A 2014 Washington University in St. Louis study found that people with relatively prudent and reliable partners tend to perform better at work: Earning more promotions, making more money, and feeling more satisfied with their jobs.

According to the researchers, "conscientious" partners perform more household tasks, exhibit more pragmatic behaviors that their spouses are likely to emulate, and promote a more satisfying home life, all of which enables their spouse to focus more on work. As one researcher said, "These results demonstrate that the dispositional characteristics of the person one marries influence important aspects of one's professional life."

In non-research-speak, a good partner not only sets a good example, he or she helps create an environment where you can be a better you.

But clearly not when when the relationship is crumbling, much less headed towards divorce.

All of which makes deciding who to marry -- and deciding to devote considerable time, effort, and thought into making that relationship work -- one of the most important decisions you can make where your overall happiness is concerned.

And, clearly, where you and your partner's financial success is concerned.

That premise extends to business. Many co-founders talk about their business partnership as a quasi-marriage, especially since most spend more time with their co-founder than they do with a spouse or significant other.

For one thing, good habits rub off.

For another, a natural division of labor might mean the person who is extremely organized can keep the business train running on time while the other focuses on longer-term strategies.

Think Jobs and Woz, a partnership that worked well until it didn't.

In that case, just like in a marriage, one plus one really can equal more than two.

Especially if you and the person you partner with never stop trying to be thoughtful, considerate, and mutually-supportive.

Because getting married -- or becoming business partners -- is just the first step.

What you do from that day forward is what really matters.