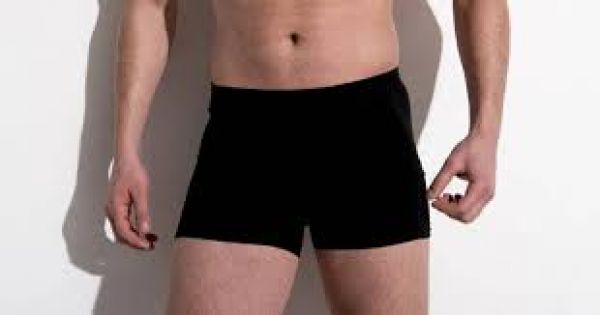 A Minnesota company has created what it calls “the world’s cleanest underwear”, an innovative self-cleaning undergarment that can be worn daily for weeks, even months, without becoming smelly.

HercLéon, a material innovation group known for creating the world’s first self-cleaning socks, t-shirts and bedsheets, is now taking on the underwear industry with Kribi, a line of undergarments made from a bacteria-fighting fabric. This revolutionary material, called HercFiber continuously destroys all bacteria and stays clean without needing a wash. All you have to do is let the underwear “air out” for a bit after wearing them, and you can safely put them on again the next day.

HercFiber is made with a blend of Bamboo, Eucalyptus, Beechwood, and Copper fibers. The copper is anti-infection, antibacterial and also “stabilizes and heals” the skin, so when it’s weaved into the underwear, it slows the growth of bacteria and eliminates it. Kribi’s creators say that the while HercFiber is still susceptible to smell-causing bacteria, that smell doesn’t last, like it does on cotton and polyester.

“Kribi continuously destroys all bacteria and stay cleaner,” HercLéon states. “But we do recommend letting them air out for few hours after a day of use. By the time you’ll pick them up the next day, they’ll smell as fresh as unworn underwear.”

Apparently, HercLéon founder and creative director, Wenceslaus Muenyi, came up with the idea of self-cleaning clothing while on a trip in Iceland. He had packed only a backpack of clothing, but realized that it wasn’t going to be enough, as some clothes started to smell bad after one wear. That got him thinking about a sustainable solution to this problem.

“Being naturally curious, Wen returned home and started studying textiles and the process that leads to clothes smelling bad,” the HercLéon website states.

The main goal of creating a self-cleaning textile material was to create a fabric that required the lowest amount of laundering, so you could wear it for as many days as possible without it having to be washed. Kribi is apparently “able to go as long as you’re brave enough to go”, so as long as you can get past the idea of wearing unwashed underwear, you’ll be good.

“While the mass of people that see the products we create as gross, we see them as a necessary next step towards a cleaner future,” Wenceslaus Muenyi said. “Humans have survived on this plant for many years with habits that are not sustainable, and the only way we can move forward and be on this planet for another two thousand years is to be open-minded about how we live life and support products that support our survival as a species. So, we are happy to take the criticisms that come with pushing humanity towards a cleaner future, because we know that this is a critical next step and we’re excited to be the one that helps move us forward together.”

HercLéon launched the Kribi self-cleaning underwear on crowdfunding platform Indiegogo, last year, and is quickly became the most funded underwear in the platform’s history, with over $150,000 raised. The company was supposed to start shipping the underwear to backers in July of last year, but there’s no word on when it will become available for everyone.