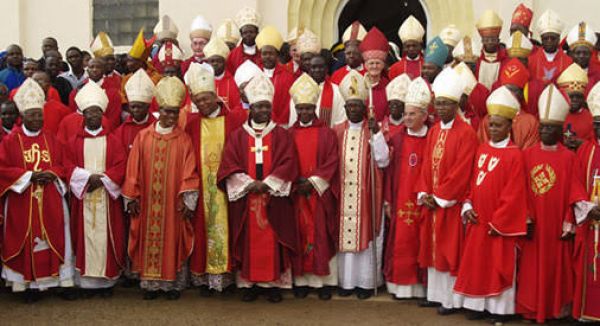 The Bishops were convinced that things happening lately in Nigeria suggest that the Federal Government has failed to hold Nigeria together, thus paving the way for the rise of non-state actors in self defense and protection.

CBCN President, Augustine Akubueze in a statement released in Abuja, on Tuesday, said the very survival of Nigeria is at stake, stressing that the country is falling apart with reference to rising insecurity clearly evident in widespread loss of lives and property.

He said: “The clamour for self-defense is fast gaining ground. Many ethnic champions are loudly beating the drums of war, calling not only for greater autonomy but even for outright opting out of a nation in which they have lost all trust and sense of belonging.

“The calls for secession on an ethnic basis from many quarters should not be ignored or taken lightly. Many have given up on the viability and even on the desirability of the Nigeria project as one united country. No wonder many non-state actors are filling the vacuum created by a palpable failure of government.

“The President can no longer delay rising to its obligation to govern the nation; not according to ethnic and religious biases but along the lines of objective and positive principles of fairness, equity and, above all, justice. We need to have the courage to admit that there’s a lot wrong with our nation.

“It’s our patriotic duty to point this out with all objectivity and sincerity. The rule of law has too often been disregarded, giving way to widespread impunity, leading to a progressive break down of good order. There’s a wide consensus that even the laws and rules we have made for ourselves are often the cause of our problems.

“No wonder there is an on-going clamour for constitution review, restructuring, decentralization of the security agencies and calls for many changes to many things we have been taking for granted.”

The Bishops suggested that the government seek a common purpose with sincerity of mind. “As individuals and as groups, we ought to be ready to make the necessary sacrifices that would enable us manage our differences better and turn them into a positive rather than a negative force. Expectedly, governments at different levels ought to lead the way.”