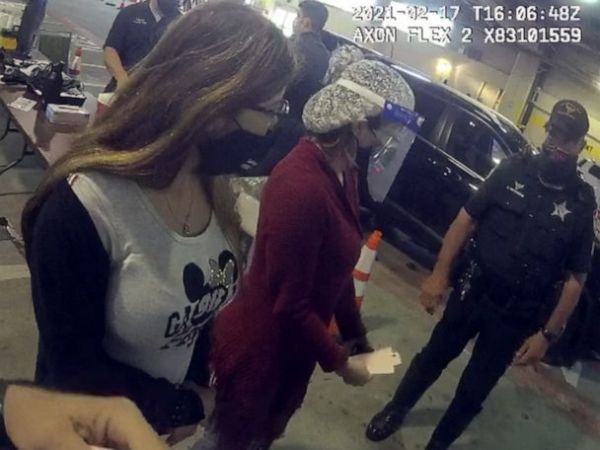 Two Florida women were recently caught trying to get their second doses of the Covid-19 vaccine by disguising themselves as old ladies, to pass as eligible for the sought-after jab.

Florida Department of Health in Orange County recently reported the bizarre case of two women, aged 34 and 44, who went to a coronavirus vaccination site “dressed up as grannies,” in order to appear over 65, and thus eligible for a vaccine. Speaking at a conference, last Thursday, Raul Pino, health administrator for Orange County said that the women were wearing bonnets, gloves, and glasses in an attempt to make themselves look older. Staff at the center noticed that they “looked funny”, and police were called.

When staff checked the two women’s paperwork, it was discovered that though their names matched their registration, their ages did not. Interestingly, the two women had valid vaccine cards from their first vaccine shots, and while authorities can’t explain how they were able to get their first vaccine, it’s very likely that they managed to trick vaccination staff with their disguises.

The moment that the two imposters are confronted was recorded by one of the police officers’ body cam and the footage was recently made public.

“You know what you’ve done? You’ve stolen a vaccine from somebody who needs it more than you. And now you’re not going to get your second one. So that’s a whole waste of time we just had here on this,” one officer was heard telling the women. “If you come back, you’ll be arrested. You’re lucky you’re not being arrested right now.”

The officers issues trespass warnings, but no other action was taken against the offenders. Pinto warned that such attempts to get in front for a Covid-19 jab may become more frequent.

“This is the hottest commodity that is out there right now,” the doctor said of the vaccine. “We have to be very careful with the funds and the resources that we are provided.”