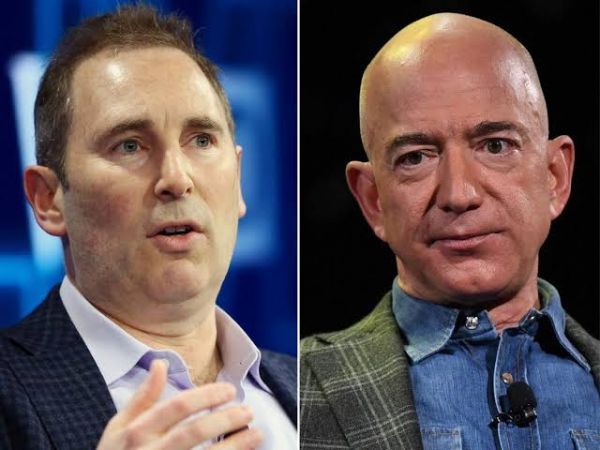 Earlier this month, Amazon CEO Jeff Bezos announced that Andy Jassy would succeed him as CEO. I think the succession process was well received and it presents five lessons for business leaders.

1. Decide what strengths your successor will need to keep your company growing.

The first step in picking a successor is to try to imagine what the most important skills your company will need at the top in order to continue to grow after you leave. If you've founded a company and made it successful, your successor should embody its culture because your employees will lose motivation if the culture changes.

At the same time, you do not want your successor to slavishly replicate everything you think and do -- which I call a Head in the Sand strategic mindset in my new book, Goliath Strikes Back.

Instead your ideal follower could be a Fast Follower -- someone who can perceive an exciting growth opportunity, formulate a strategy to capture that growth, assign talented people to execute the strategy and hold them accountable for results.

That is what Sam Walton did when he appointed David Glass as his successor. Glass launched Walmart's 1987 move into groceries -- which by 2019 was the largest grocery business in the country. As I wrote in my book, Glass, saw offering groceries as a way to save time for consumers by enabling them to one-stop-shop.

Glass exemplified how to succeed a charismatic founder - humbly lead a team that follows the founder's principles. As Glass explained in 2004, "Most people have enough ego that they want to distinguish themselves from a charismatic leader, and that's what creates the problem. I have never had much ego, and I am not worried about things like that. I am more interested in the satisfaction that we are doing the right things and ...being part of a winning team."

2. Begin grooming your successors at least five years before you want to leave.

The ultimate aim of grooming your successor -- particularly for leaders of public companies -- is to plan the process so well that when it finally happens, your company's employees, customers, and investors take it in stride.

Many years ago, Bezos put two top executives in positions of major responsibility. Jeff Wilke was CEO Worldwide Consumer and Andy Jassy -- who has worked at Amazon since 1997 and created and built AWS into the leader in cloud services -- was CEO of Amazon Web Services (AWS).

When Wilke announced last August that he would retire this year, I was shocked. In retrospect I should have seen it as a sure sign that Bezos was indeed planning to leave as Amazon CEO and that Wilke had lost out in the race to succeed him.

3. Set clear criteria for evaluating the rivals for the top job.

If you have completed the first step -- thinking about the skills your company will need in a future CEO -- you should have little difficulty setting criteria for choosing the winner from among the candidates.

I do not know what criteria Bezos set for choosing his successor -- but here's my guess: .

Acts according to the values that make Amazon successful

The ability to manage people to achieve excellent performance

A record of creating significant new sources of revenue and profit

The ability to to manage difficult legal and regulatory matters

You should set criteria along these lines when evaluating potential successors.

Over the last several years, Bezos has been delegating more operational responsibilities to his top executives. According to the Wall Street Journal, Bezos had stepped away from running the day-to-day operations of Amazon -- that is until the pandemic hit last spring.

Amazon's board had become more forceful about succession planning after Bezos survived a 2003 helicopter crash in Texas. After appointing Wilke and Jassy as CEOs of the company's retail and AWS operations in April 2016, Bezos devoted himself to new products such as the 2014 Amazon Fire Phone that flopped and the successful Echo speaker, noted the Journal.

5. Aim for a hiccup-free announcement of your successor.

In an ideal world, you would announce your replacement as CEO on the same day that your company reported very strong financial results. It would be even better if investors boosted your stock that day and accepted the announcement of your successor with a shrug.

That is exactly what happened when Bezos announced that Jassy would take over as CEO later this year. Meanwhile, as Executive Chair, Bezos will not be going away completely -- and he will be able to work on projects aimed at boosting Amazon's growth.