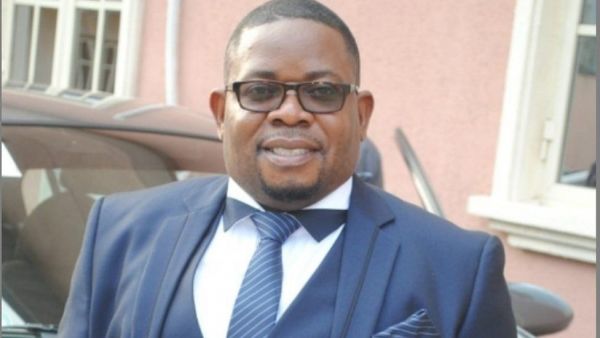 A "bubbly" NHS worker has died with Covid-19 before he was able to achieve his dream of working as a registered mental health nurse.

Oronsaye Okhomina, 56, from Manchester, who was also known as Jeff or Orons, died on 11 February.

His final exam results were released in January while he was in a coma so he was never able to use his qualification.

His wife Esther said "he had worked so hard" but his life was "snatched away".

"He was my everything," she said, adding: "Without him I felt breathless, my solid rock, always standing by through thick and thin, always my source of inspiration, my God on earth."

Okhomina was born in Benin City, Nigeria, and moved to the Netherlands in 1990 before arriving in the UK in 2005.

The father-of-four had originally worked in IT, gaining a degree and masters at the University of Bradford, but decided he wanted to help mental health patients.

He had worked as a student nurse and mental health support worker for almost 10 years and had taken his final qualifications to become a registered mental health nurse in December.

She said he had worked so hard "with all his strength and will" but "after he had fulfilled all the requirements...he never had the opportunity to practise as a qualified nurse for even one day".

"The cold hands of death snatched him away from us all," she said.

Okhomina's friend Babajide Lawal-Shekoni, 41, said: "If I'm down he'd pick me up... I know he was that kind of person to a lot of people as well.

"He said 'I'm not feeling too well' so I told him to call the ambulance, and that was it... there was no time."

Lawal-Shekoni said his friend was "a fun person".

"There was never a dull moment - a bubbly character. I miss him a lot."