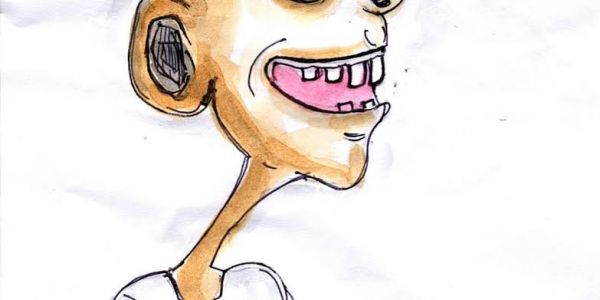 To Ogombo Onimalu where the mother of all social commotions was shaping up as Baba Lekki prepared to conduct what he called a radical posthumous surgery and public inquest on an expired nation. It was a sullen and ill-tempered gathering and there was the odd possibility that this may just provide the needed spark to put an end to the Lugardian racket.

Coming a few days after another batch of students were abducted from a secondary school this time in Kagara there was unmistakable tension in the air and the odd feeling that the nation had reached the end of its tether. One distraught fellow was screaming that the remaining government apparatus should be handed forthwith to bandits who had at least shown mastery at growing their own informal economy.

Okon jumped into the fray without much ado.

“Baba make una excuse me. You know say I no sabi book. I be ilustate. Okon no go school. As gobment don kaput, wetin be dis nonsense about postmos? Biko, when dem plane don crash, no be dem black box we go dey look for?” the mad boy snarled.

“Thank you my brother, he be like if say baba don old and him head no correct again”, another observed as he was restrained from rushing the old man.

“Ha dem efulefu radical don reach obodo. If you sabi fight like this how come you picked race as police storm Lekki Tollgate?” one man with a distinct eastern accent observed with a cynical guffaw.

“Baba wetin be dem difference between Head of service and dem Head of state?” a man from Opia community inquired.

“Ha plenty difference. Head of service means service his head and head of state means examine the state of his head. I am sorry but we failed to carry out diligent tests on both counts”, a scholarly looking man noted with considerable forensic acumen. All of a sudden, Baba Lekki who had maintained a sullen impassive silence jumped up as if he was seized by a radical epiphany.

“That is it, that is it, my boy!!! That is why I don’t care much about these lumpen scallywags. Post-SARS is now more vicious than EndSARS. The rogue police are more emboldened. There is always a price to pay for a botched revolution. EndSARS ought to have been EndSIRS, that means abolish all the craven respect and obeisance based an ancient hierarchies and outmoded feudal institutions, away with Sirs” the old man screamed.

“Mechonuuuu!!!!! I beg ba dogonturenchi. No be dem thing dem bandits dey do and you dey abuse dem? I beg we don tire for nonsense. Na like play like play dem revolu dey start. Dis one don start”, one irate man thundered as he brought out a sophisticated-looking gun which he began shooting in the air.

The commotion that overtook the place can be best imagined as shots rang out and the crowd began running in different directions.